Did you know women have served in the United States Armed Forces since the Revolutionary War?

Case in point: In 1782, Deborah Sampson served for two years in General Washington’s army disguised as a man. After being wounded, her gender was discovered and she was honorably discharged. (Sampson later became the mother of three, and received a military pension from the Continental Congress.) Other veteran mamas of historical note include Josephine Baker, Harriet Tubman, and Dr. Anita Newcomb McGee.

Today, more than 2 million women across the United States represent 9.2% of all veterans, and are one of the fastest growing segments of the overall veteran population (according to this 2015 report by the Women Veterans Initiative). Currently, women account for 15.3% of active-duty personnel in the U.S. military.

If you’re a mom who’s serving or has served in the U.S. military, this post is for you.

It’s Veterans Day, and I want you to know how truly grateful I am for your service.

You deserve a paid day off work today.

You deserve any and all freebies for veterans available on this day. Enjoy your free meal at Applebee’s. Get a free haircut at Great Clips. Take advantage of the free oil change at Meineke. Swing by your nearest National Park for a free visit. Go nuts!

You get major props if you’ve continued breastfeeding your child while on active military duty. As Tara Ruby, the photographer who captured this amazing photo, said:

Sometimes, you hit a point in your military career where you have to choose between being a soldier and a mother, and a photo like this helps mothers so they don’t have to choose.

But you also deserve an apology.

I’m sorry our country hasn’t always treated you with the benefits and care you deserve. Unless the U.S. Congress acts soon, key provisions of the EITC and Child Tax Credit will expire, pushing nearly 16 million people—including 8 million children and many military families—into poverty and making it harder for tens of millions more families to pay their bills. (You can voice your support for the EITC and Child Tax Credit via this MomsRising campaign.)

I’m sorry there are serious gaps in benefits for female vets after military service, in every aspect of existing federal programs, according to a report by leading veteran organizations.

Bottom line: If you’re brave and selfless enough to serve in the military and have children, by God, you should get all the best benefits, pay, and services this country has to offer as a reward. 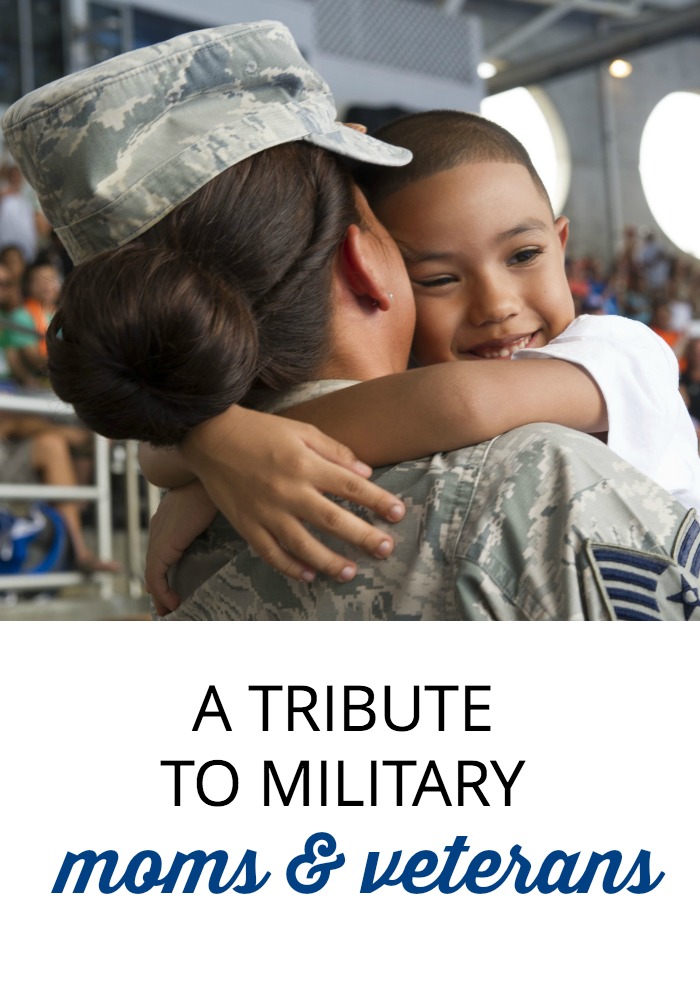 Finally, I hope you’ll find some good advice, support, and inspiration from these blogs and websites especially for working moms in the military: