Since I became a mother in 2006, I’ve spent an increasing amount of time, money, and miles as a mom taxi.

But it wasn’t until last spring that I finally became aware of another, less tangible, but very real cost of all this commuting: The depletion of my soul. (Also known as: The Force, Chi, Life Essence, Suchness, Joie de Vivre… you get the picture.) That’s how I came to the conclusion that our family had to do some major life-rearranging. After all, the state of my soul was at stake. 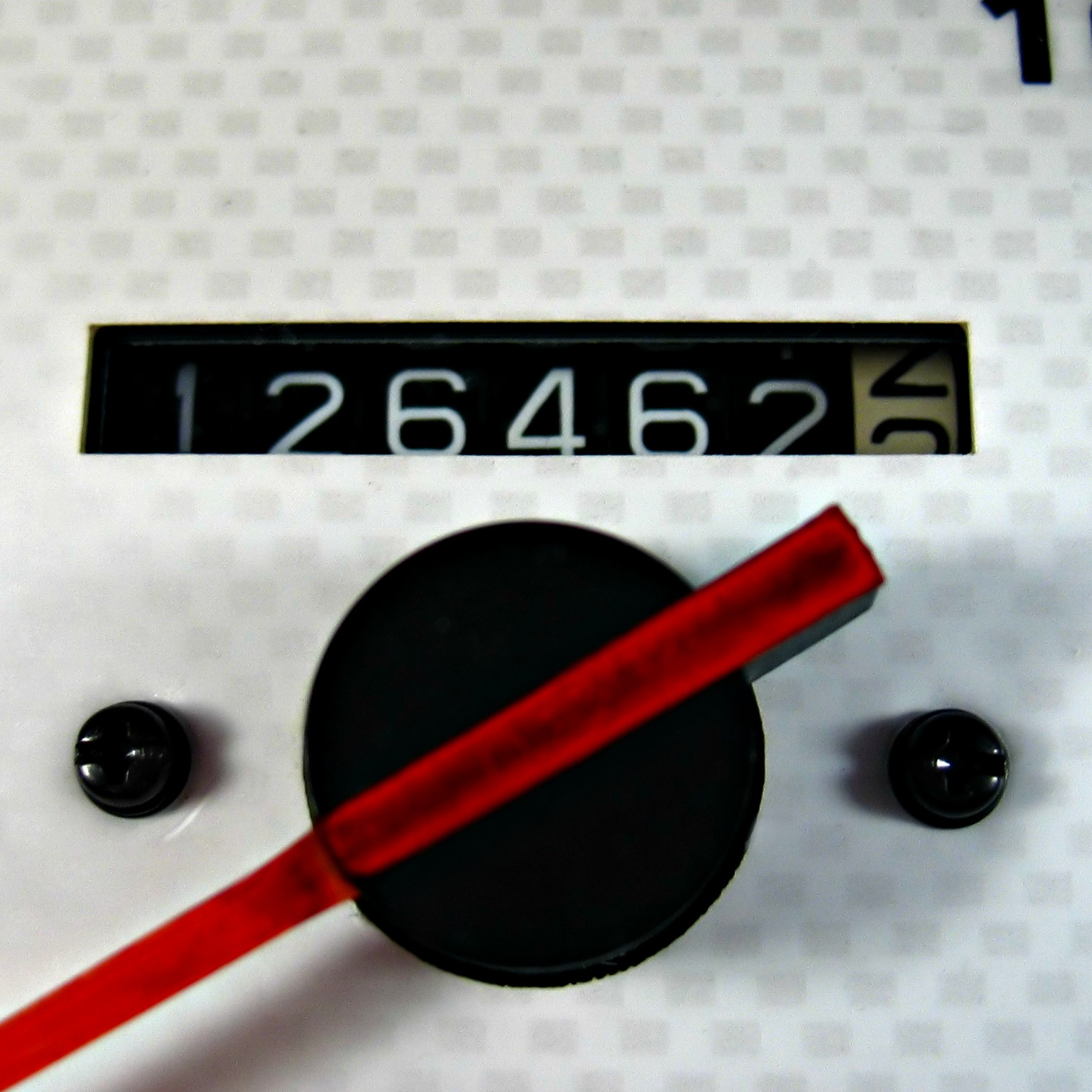 Post-maternity leave, I always worked in some capacity, which meant daily dropoffs and pickups of one kid, then two, for childcare, school, playdates, activities. When my daughter started first grade at a private Montessori school, I began driving her 20 miles to school each morning in nightmarish rush-hour suburb-to-city traffic. Then I’d drive myself to work, usually located somewhere in the city, a few miles from school.

Every afternoon, I’d leave the office (earlier than I wanted/needed to) to pick her up from school. Together, we’d fight traffic, fatigue, and hunger through evening rush hour to get home.

I didn’t like spending a couple hours of my day as a mom taxi. But I resigned myself to this fate. Hubs and I felt this school was the best choice for our kid, and hey, I had to drive to work anyway. Might as well swing by school, too.

As the years went by, and our son joined the daily school/work journey, we grew accustomed to the road time. I did everything I could to make it less painful and more comfortable. Got a minivan. Decorated it like the Scooby Gang’s Mystery Machine. Stocked up on snacks, drinks, books, games. Designated the last day of each week as “Dunkin’ Donuts Friday,” which mean we stopped at the drive-through on our way to school for donuts (the kids’) and coffee (mine). 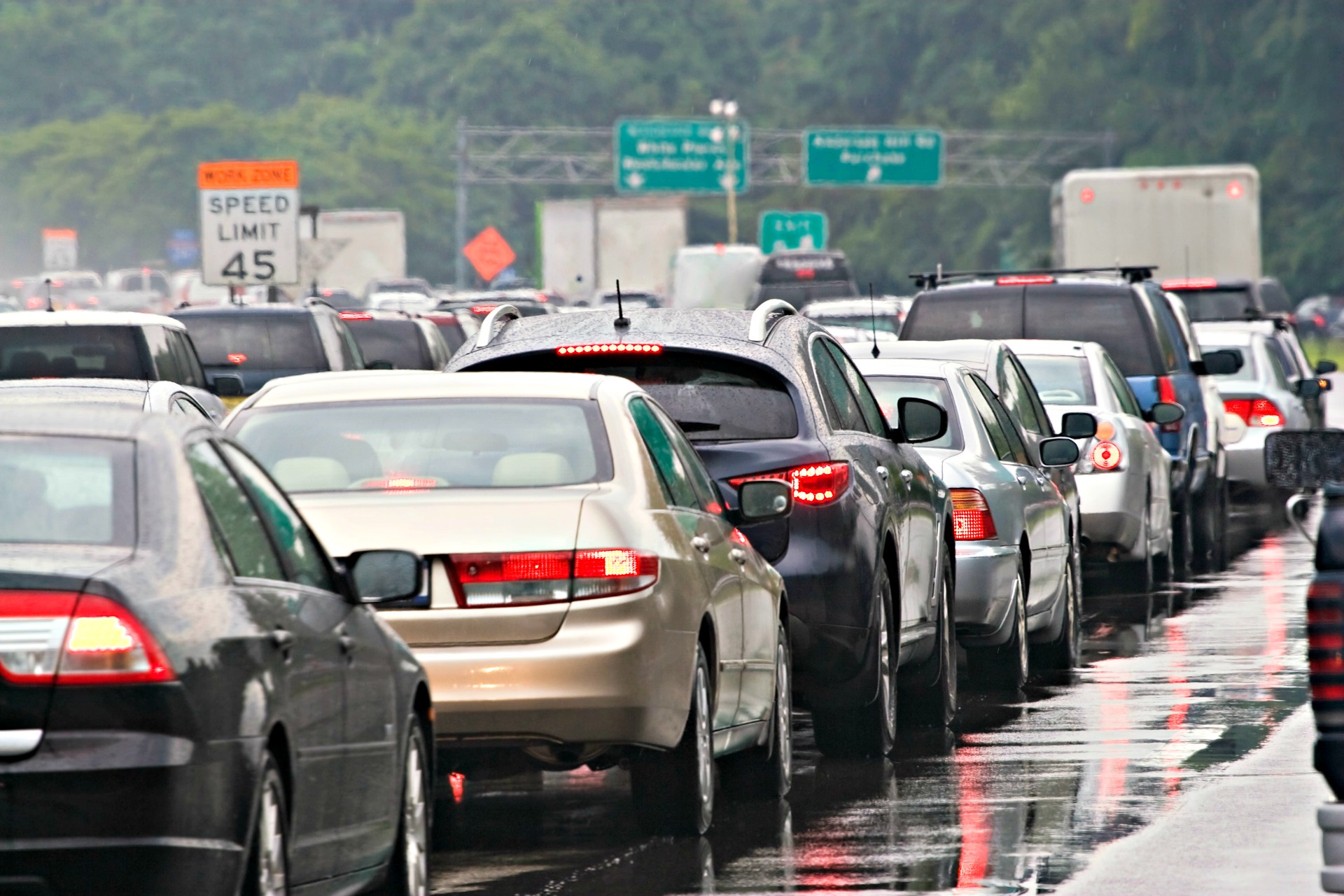 I really tried to “make the most” of this precious time with my kids, for connecting, learning, discussing their day. But as the kids got older, and I got more resentful and tired, those teachable moments were replaced by whining, yelling, arguing, fighting, and crying. By the time we got home each night, the three of us just wanted to go our own way. My way usually led right to the couch, where I collapsed in a heap of exhaustion and despair.

Last year, with Cassie in fifth grade and James in first grade, I became self-employed. No longer did I have to drive to Cincinnati for work. But we still held on to our belief that this school was worth the money, the drive, all of it—for our kids’ sake. Once again, the mom taxi was back in business. I ended up finding office space sort of near their school, just because the double time-suck of our commute (whether it was me or my husband) felt ridiculous.

We decided to cut back on after-school childcare, since I no longer had a “real job” with real paychecks. That meant we spent 8 to 9 a.m. driving to school, with my work day beginning around 9:30 at my new office. I had to leave around 2:30 to pick the kids up in carline, and we’d usually get home by 4ish.

I never felt like I had enough time to work. With lunch in the middle, I really only had about four hours a day, or 20 hours a week, in the office. Just when I’d get into a productive groove, it was time to leave. And while I always promised myself I’d “catch up on work” at home in the evening, I couldn’t fulfill that promise. Too tired. Too miserable. Too distracted by the responsibilities of home and parenting.

“I’m just trying to get through the day,” I’d tell my mom. 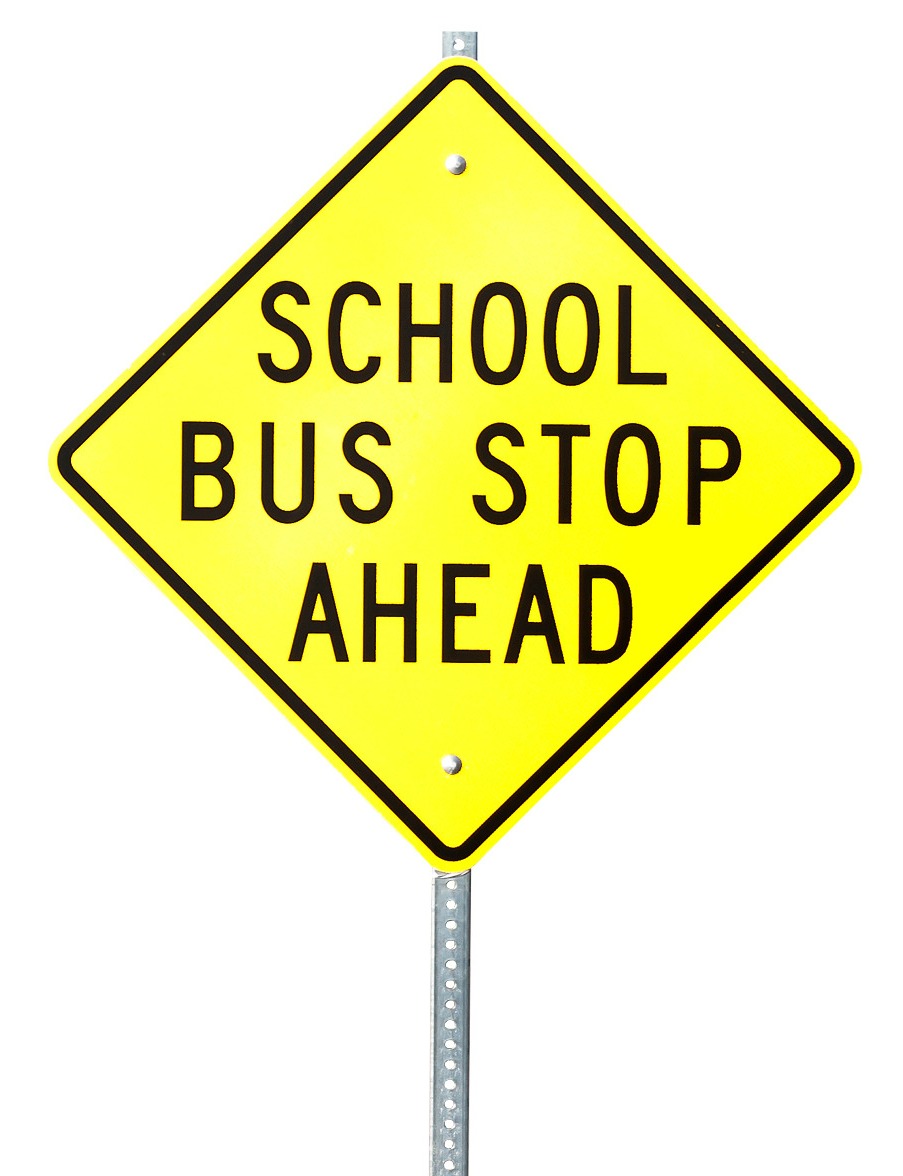 You might think that was my low point, when I decided to quit this mom taxi thing for good. But no. I stubbornly kept on.

It wasn’t until our son began having serious difficulties in the classroom—academic and behavioral—that I allowed myself to re-evaluate. We worked so hard to understand and meet his needs—at home, with James, with his teachers, therapists, his pediatrician, specialists, coaches, you name it. But after nearly a full school year’s worth of struggle, we realized he needed more specialized help than we could get at our beloved private Montessori school.

Fortunately, we live in a suburb with a pretty decent public school district. One which our tax dollars have supported for seven years now, despite our decision to go the private route. James qualified for plenty of extra services, which our schools happen to be equipped and staffed to provide.

Oh, and did I mention the elementary school he would attend is a mile and a half from our house? You don’t even have to cross a major road to get there. Just back roads through the neighborhood! This school also has a special place in my heart, because I was a student there from kindergarten to fifth grade.

That made the decision to quit being a mom taxi a whole lot easier.

But then there was Cassie, our soon-to-be sixth grader, who did not need extra services and was quite looking forward to her final glorious year at the top of the heap (their school runs pre-K to sixth), thankyouverymuch. Switching her over to the local public school didn’t feel like quite the same slam-dunk as with James. (Also, cue the waterworks and tween-induced dramatics over the possibility of being “ripped away” from her BFF, just when they would finally have the most amazing school year of their lives …)

I was torn. I couldn’t stomach the prospect of serving as her mom taxi one more year. But I also didn’t want to deny Cassie her sixth grade year of glory (especially since sixth grade tends to be more like a year of hell … or was that just me?)

What if I could find another way for her to get to school? One that didn’t involve me? 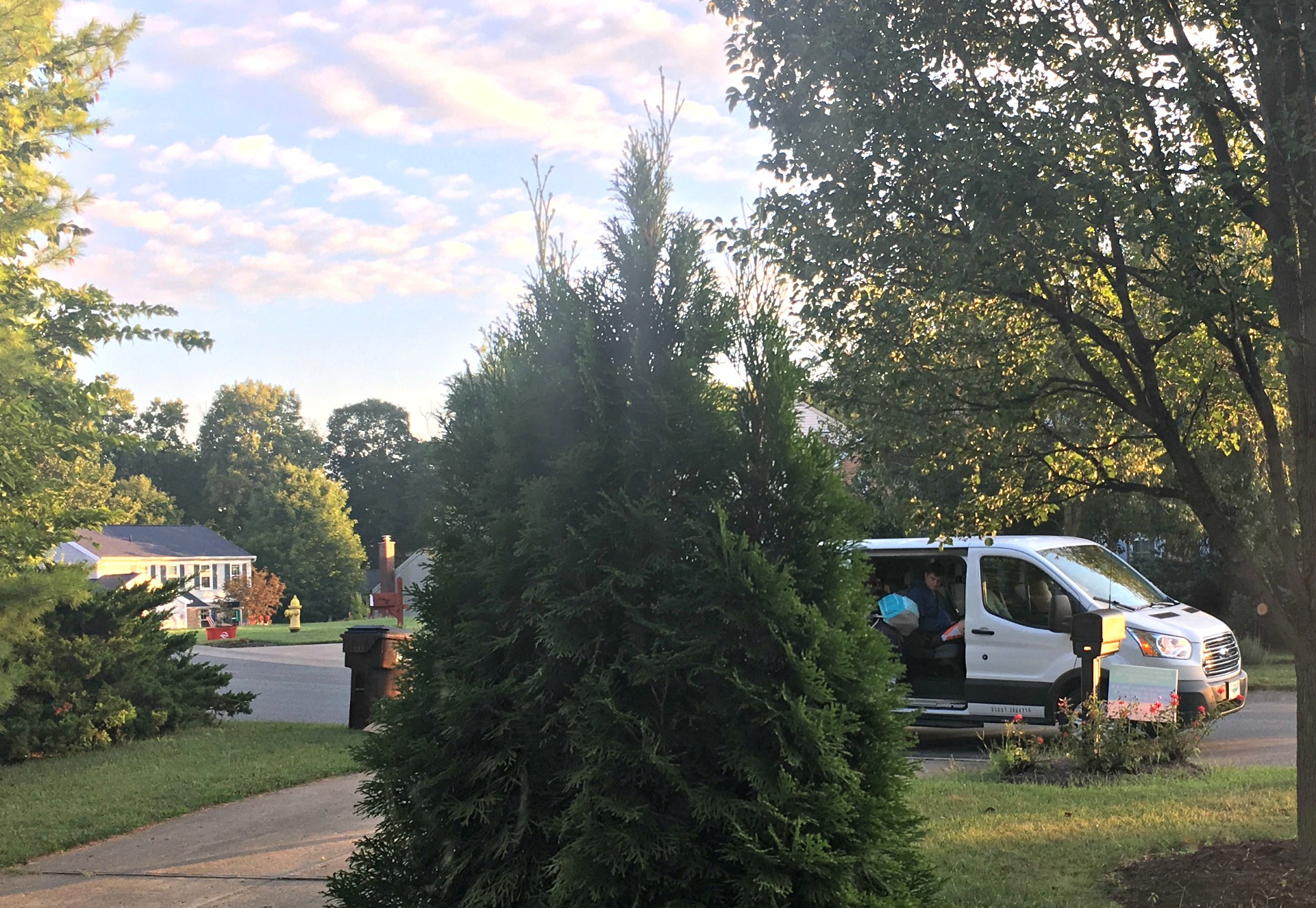 Enter Mac’s Village Express. A genius business idea, executed brilliantly by a local mom who recognized parents’ need for ferrying kids from home to school and back again (when the bus is not an option).

In other words, a mom taxi that doesn’t involve me.

“Our vans provide an alternative to the long, uncomfortable and often emotionally draining school commute,” the website said. (Go on, I’m listening…) Their list of services and benefits covered all my bases:

They pick my kid up at our house? They have snacks? Are you kidding me?!

Needless to say, I signed the contract for monthly transportation shortly after talking with Mac herself (MacKenzie Curt, the company’s founder and owner). Done and done. 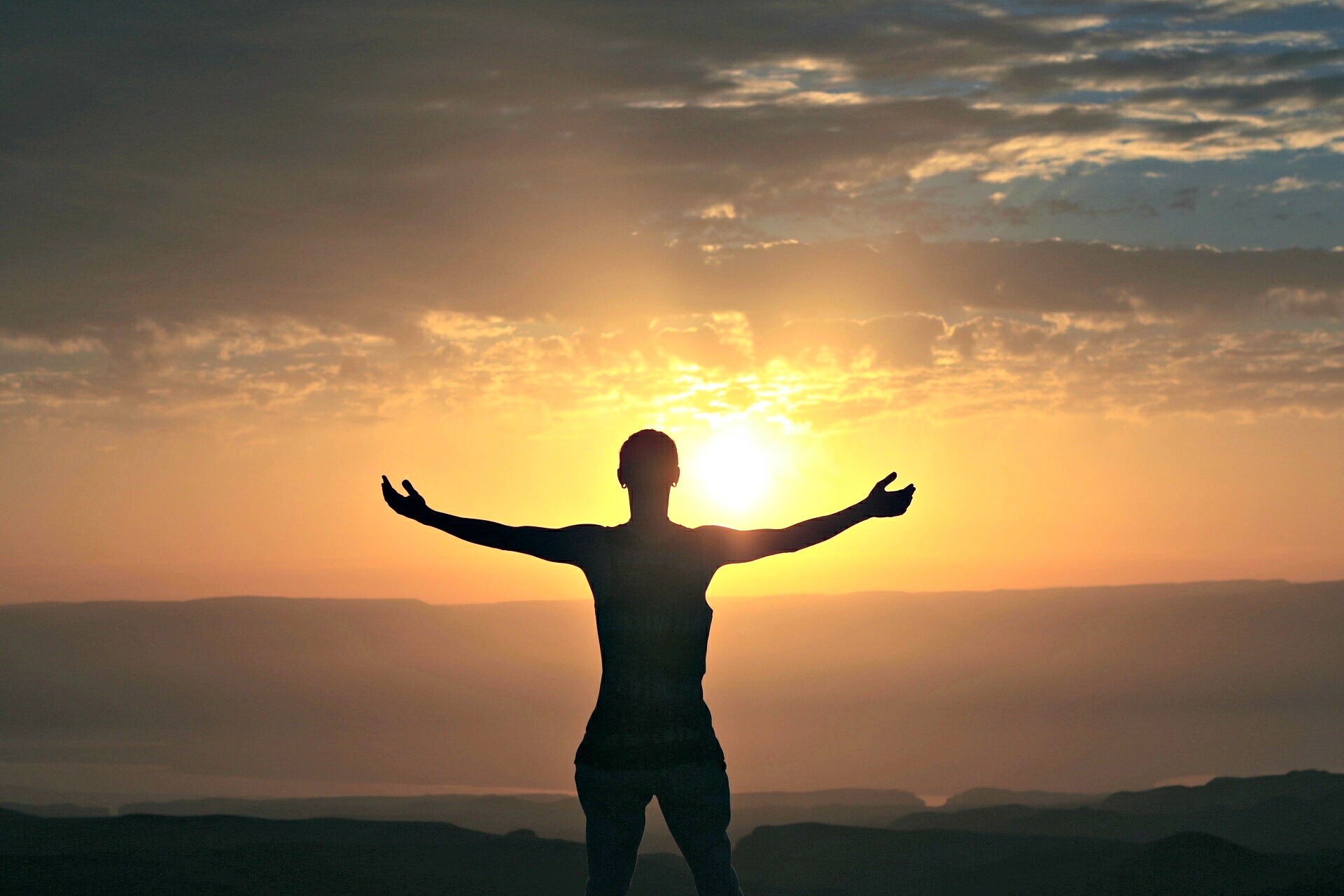 Once I realized my kids would both be at the right school for them, and each had transportation covered, I immediately set about finding an office for myself. One that would be as close to home as possible (without actually being at home, where I’m way too easily distracted). Again, I struck gold when I found OfficeKey, a shared workspace environment with five area locations at my disposal, including one that’s less than 10 minutes from our house.

Now with the kids both back to school, our mornings go like this: Cassie walks out the door and the van picks her up. Bye! I walk James to the bus stop at the end of our street and wait until he’s safely on board. Bye! It’s not even 8:15 a.m. I can then head right to the office, arriving by 8:30, or do a little meditation first to center myself before I head out. My choice.

Either way, I have literally the entire rest of the day to work, distraction-free. Ahhhhhhhh. James gets off the bus in the afternoon and walks home, where Hubs works. Not long after that, Cassie is dropped off at our house. I can leave the office whenever I’m ready, usually around 5ish, and be home in 10 minutes. No rush hour battles. No hangry sibling drama. My work for the day is done, and Hubs and I can partner together for dinner, dishes, homework, and family time.

It’s only been a few days of this routine, but I can already feel my soul filling up again.