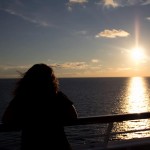 A week ago, my daughter and I were sitting in the living room watching tv – waiting for our ordered food to arrive – when we heard a big crash.  It sounded like metal pipes hitting cement.  That was followed by a weird sound that we both couldn’t figure out.  So I began walking around the house to track down the noise.  Then, panic ensued!  Pipes had broken on the lower level and water was bursting out of the hot water heater.  Gah!  It took 45 minutes to get someone to turn the water off to the house while we all ran around like chickens with our heads cut off trying to minimize the water damage.  Not exactly how we wanted to spend a Friday night.  This was the beginning of a chain reaction of changes.

We had been moving towards making some moves, but the damage to the downstairs of our rental has forced us to speed up our plans.  So, in the midst of adjusting to home schooling, we now have the pleasure of looking for a new place to live.  Well, not just one place.  That is the craziness of it all.  We are now working on THREE different places to live.  YOWSA!  The boys had already been approved to rent a house.  My oldest daughter is making plans to move on her own closer to main campus.  That leaves my youngest and me to venture out on our own.  So, in a matter of a few weeks, I will be going from a home with four kids in it, to a home with one child while my others venture off to a whole new world of their own.  This makes my head spin.

Besides all of the logistics of trying to move people to three different locations, having to adjust to the thought of my three oldest being gone all at once is almost overwhelming!  Aren’t we supposed to have the luxury of sending them off one by one and getting used to it a little at a time?  Sheesh!  Letting go is not as easy as you hope it will be.  I can think of quite a few pros for this…

You know the deal!  But there is that sadness that comes when you are a mom.  How will I function with only one child at home when I am so used to life with four of them there?  Sure, it is nice to have others to help with taking the trash out and fixing things around the house, but that part I can deal with.  It is the family dinners that will become few and far between.  It is the cracking jokes on each other at random times.  It is the family time gathered around watching “Big Brother” or “Survivor” each week.  It is the comfort that they all watch out for each other and help each other out – everyone has each other’s back even over the little things.  It is so much more.

I have been thinking back over this long journey of being a mom.  There have been many times of feeling guilty and questioning if I was doing the right thing.  But it is also nice to get to this place and know I must have done something right.  My job was to get them through high school with no children, no drinking or drug problems, no criminal record and to be independent, productive citizens.  I have done just that.  Now, I know it is my job to let them fly.  I wonder if mommy birds get sad when their babies leave the nest?