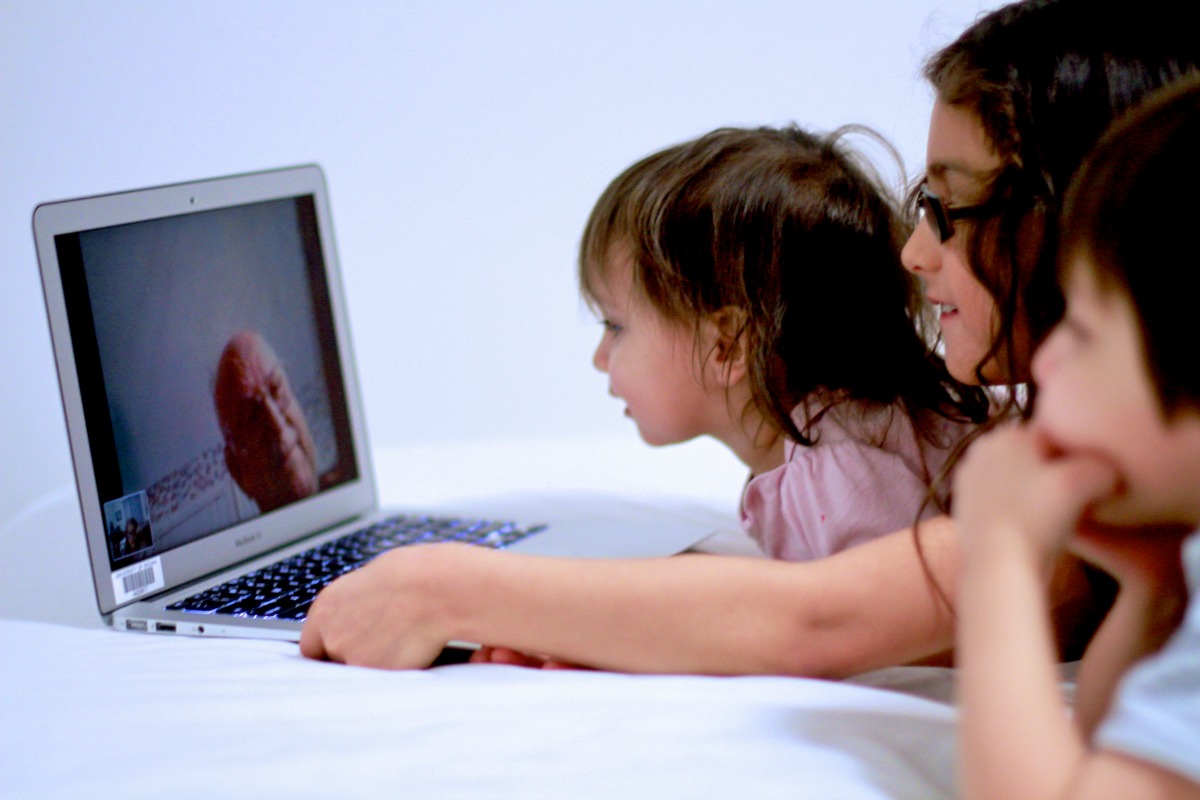 Some of the sweetest memories I have are of the times I spent bonding with grandparents. I have been lucky enough to have my grandparents in close proximity for the first decade of my life, and had regular visits during the summers until their passing. Although I did not have a very close relationship with any one of them, they have taught me a lot and have affected who I have become today.

What grandparents do for our children

When I first started researching the topic of bonding with grandparents, I was astounded by how many studies there were  on grandparent-grandchild bonding. Where I come from, and in most Eastern countries, grandparents play a vital role in a child’s life. But, in the U.S., many factors in family structures complicate the involvement of grandparents. And I feel, there simply isn’t as great an emphasis on including the grandparents in children’s lives. Every study I read emphasized the importance of grandparents’ roles, and their benefit to children’s emotional and social well-being.

One of these studies was by Arthur Kornhaber and Renee Woodward, who described the five major grandparent roles:

Grandparents share the experiences of their progenitors and the origins of their family lineage with the current generation.

Studies show that having a grandparent, who shares those family stories and traditions, makes the grandchild much more likely to grow up to share traditions with their own children. These stories also help shape a child’s sense of identity.

This is especially important to me as a first generation immigrant. I may not be able to pass on as much because I myself have become quite Americanized. My parents, however, will have a stronger cultural influence on my children.

Most importantly though, grandparents can be a source of support and positive influence outside of the parents. I am not affected by this as much currently as my children are young, but my nephew is going through teenage rebellious years and often clashes with his parents. He confides in my mom and in return, my mom softly delivers advice.

Advice is something I grew up with and remember well from my grandparents. Their words have made a positive influence in my thinking and attitude. Although there were times I was annoyed to listen to advice I didn’t ask for, I now appreciate their efforts, interest, and caring.  And I want my kids to have a wise sources to confide in instead of their peers.

Grandparents live a life the adolescent and young adult can emulate. Having a role model can give children some clarity in who they want to become and what to strive for.

Grandparents participate in creative play with the grandchildren. 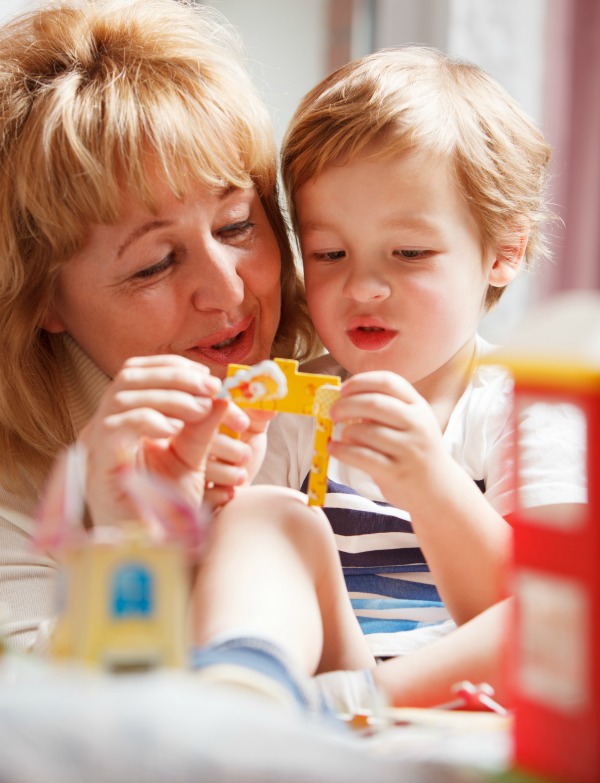 How to promote bonding with grandparents and your kids

Get them involved early on

My in-laws live on the other side of the Earth which makes it hard for the kids to build a relationship with them. As useless as babies are in communicating, my in-laws have been Skype-ing with the kids since they were born. It’s a regular part of the kids’ lives now.

Although some of the Skype sessions are only a couple minutes long, it is just seeing each other that initiates the familiarity and closeness. For the days in between Skype sessions, we send pictures and videos of kids through group messaging apps. Some people have blogs especially for this or simply use social media channels.

As for my parents who live a few minutes away, I visit her with my kids on a weekly basis, this is not including the family dinners we have with my brothers and sister-in-laws every so often.

Involve them in school activities

For the grandparents that live close to us, we created a shared calendar with all school activities. That way they know what’s going on and make plans in advance.

Kids’ teachers take pictures and make videos frequently. We send the links to the grandparents who live far away so they can ask relevant questions about school events.

Get them to participate in activities the other one enjoys

We invite my mother-in-law to stay with the kids over the summer vacation from school. I leave them with art projects to do together.

My parents involve the kids in their vegetable gardening, simple tasks like watering and picking out ripe vegetables.

Once in a while, my mom picks up the kids for overnight stay. They go to a toy store and pick out toys, eat out at a restaurant, play with their new toys, talk until late at night, then go to a bakery to pick out fresh donuts with my dad in the morning. Kids love this tradition and look forward to staying over at their grandparents.

The case for broken ties

Unfortunately, broken relationships are not unheard of. I hope moms all over the world to be one step above all the emotions and make an effort to flourish and grow the bond between children and their grandparents, regardless of emotional discomfort and pain between the parents and grandparents.

Offra Gerstein, Ph.D, brings up good points to parents in her article about child and grandparents bond: “Cultivate the connection between grandparents and grandchildren”:

Both of our parents often tell us, we don’t understand how sweet our children are to them (the grandparents.) “You will understand when you have grandchildren of your own.” They say grandchildren are sweeter, and it is understandable. As parents, we are fully responsible for who the child becomes and how he/she behaves in the community. There is also overwhelming amounts of things to keep track of and manage while we raise our children. Grandparents are not at stake. They can blissfully enjoy the child and provide the undivided attention a child may crave time to time.

The awe I see in our parents’ eyes and their genuine interest in being with our children helps not to sweat the small stuff and provide as much opportunity as humanly possible for them to have a close relationship. 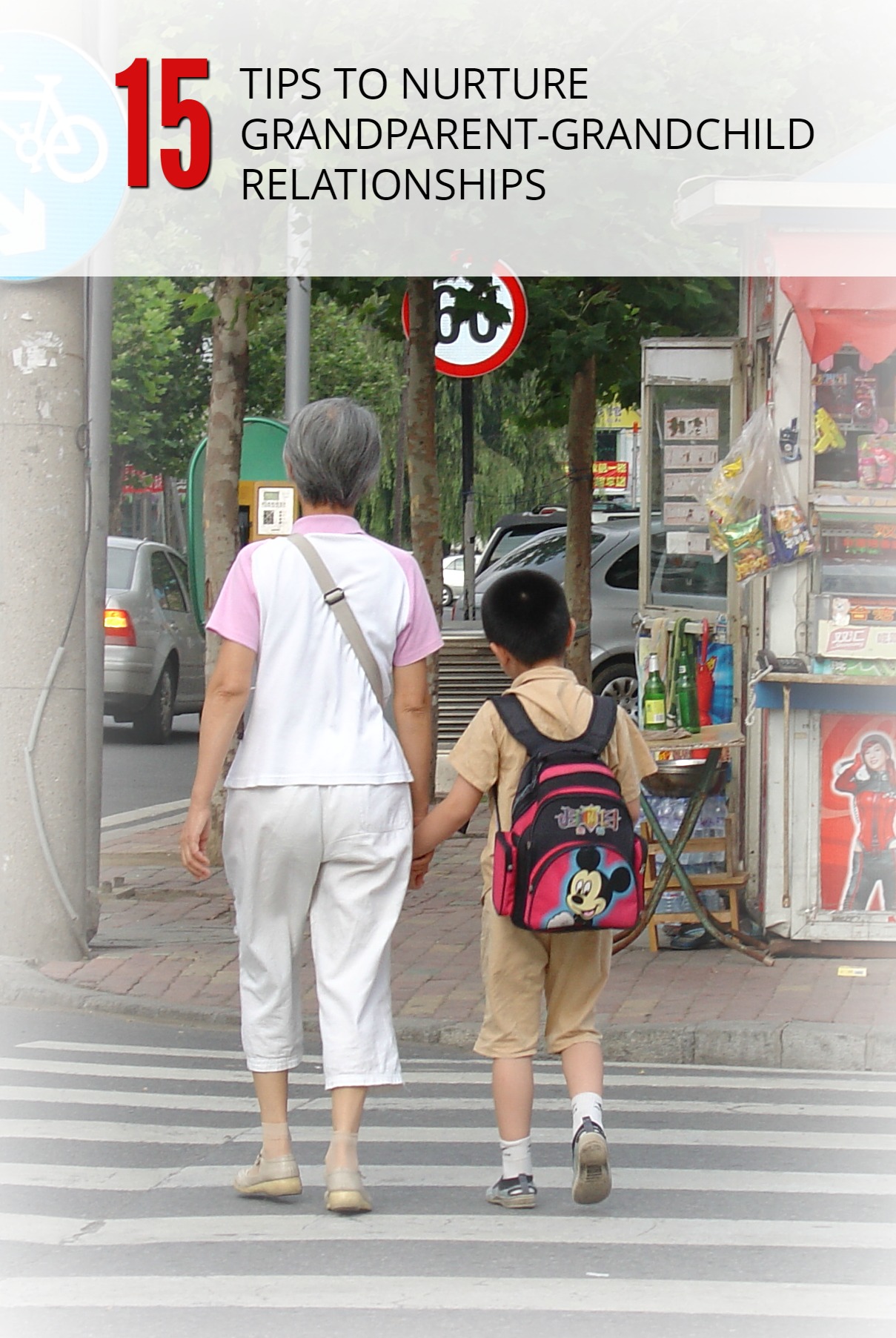 Let’s hear from you

3 thoughts on “The Importance of Bonding with Grandparents”