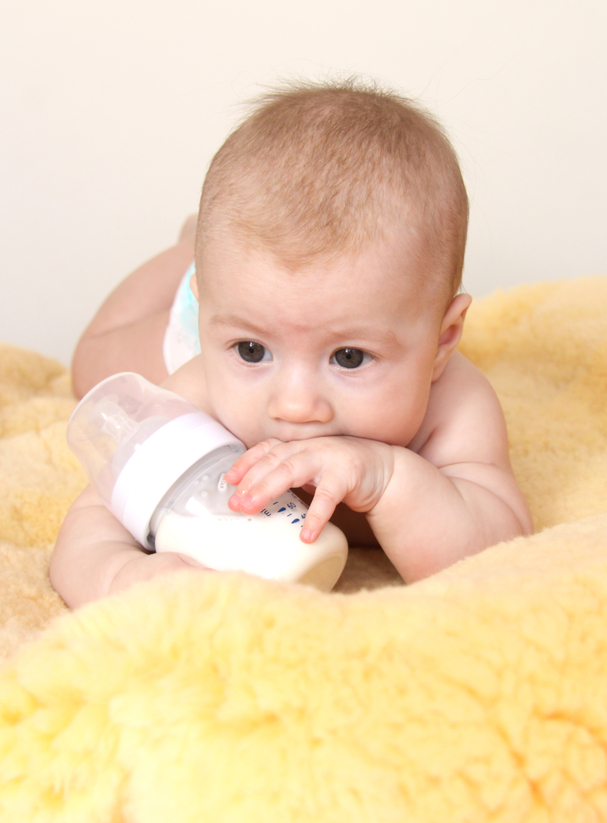 While I was pregnant with Owen, I wasn’t exactly sure if I wanted to do breast or bottle feeding. Breastfeeding seemed like the right thing to do, but for some reason I had my hangups. I can’t even tell you right now what they were. Jason was the big proponent of breastfeeding. He really, REALLY wanted me to do it, so I agreed I would try for as long as I could.

After delivery, Owen latched on and never got off. Now, four months later, I’m (or he is) still going strong. It was difficult in the beginning, sure. There were growth spurt days where Owen nursed non-stop for hours on end. Even now, as I work and pump four, five, six times a day to keep up with how much he eats at daycare, I can’t say it’s gotten easier. But I do cherish the nursing experience.

I don’t think you’ll meet many mothers who don’t know breastfeeding is good for their child.

Heck, even formula companies tell you breast is best. But not everyone can breastfeed–some babies don’t latch on properly, some women have milk supply issues, others head back to work fairly quickly and can’t keep up with their child’s needs. That’s why the semi-recent Ad Council TV ads for the National Breastfeeding Campaign piss me off.

Likening riding a mechanical bull while pregnant to feeding your baby formula? I don’t think so. Giving your baby a bottle of formula doesn’t directly put her in harm’s way.

All these ads do is make moms who can’t, or don’t want to, breastfeed feel guilty.

Again. And they spark another potential mom war. Instead of working versus stay-at-home moms, now it’s breastfeeding against bottle moms.

In an MSNBC piece from correspondent Rehema Ellis , Ellis writes that “The latest government figures show more than 70 percent of moms try breastfeeding when their babies are born, but that six months later, only 36 percent are still breastfeeding. One reason, doctors say, is that more than 60 percent of mothers go back to work.”

So why doesn’t the government stick to the issues they can control, such as creating a sensible, national maternity leave program, and leave the personal issues of how women feed their babies up to the moms? Maybe then they’ll get more breastfeeding moms.

9 thoughts on “Breast or Bottle?”