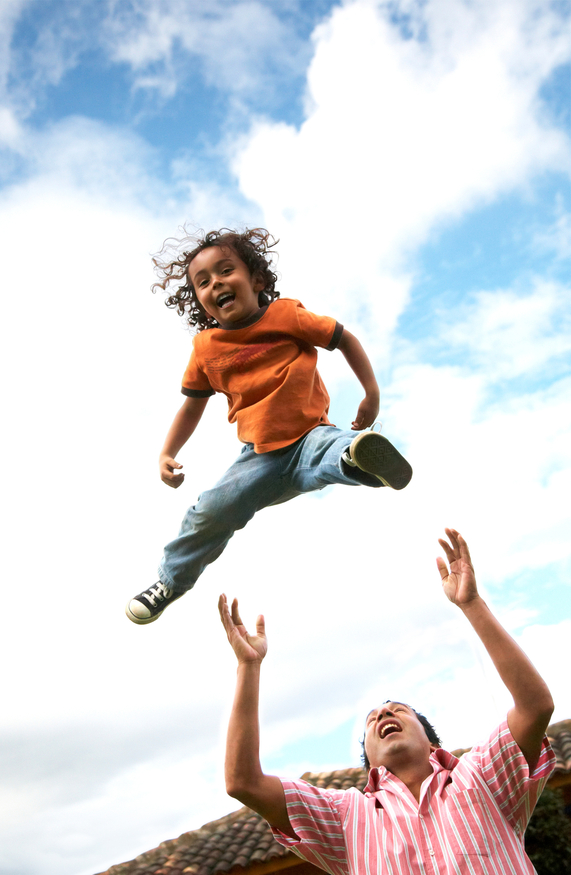 If you think your hubby’s better at the fatherhood gig than dads of the previous generation, you’re in the majority. A new article from the Pew Research Center says working moms are modern dads’ biggest cheerleaders:

Fully 72% of married moms who work at least part-time and are raising young children say dads are now doing as good a job or better than their counterparts did a generation ago; only 26% say they’re falling short.

I’m not surprised. Once dads have to share the dual roles of breadwinner and parent with moms, they adapt. They get good at fatherhood through on-the-job training.

I saw this with my own husband, Jay. Right after our daughter was born, I stayed home on maternity leave. I didn’t have to work; my sole responsibility was caring for Cassie and keeping the house up. He continued working full-time, and helped when he could. At that point, I would have rated him a 6 on the Good Dad Scale (1-10). Interestingly, the Pew article said more dads are rating themselves pretty low on that scale:

It wasn’t until I went back to work–and Jay took care of Cassie while he worked from home– that he became adept at fatherhood. Suddenly, I wasn’t there to change her poopy diapers, soothe her back to sleep, or keep her entertained. It was all Daddy. He got so good at it, so confident, I was amazed (and relieved). I felt like she was in equally good hands with me or with him. My rating of him as a dad went straight up to a 10.

Not every dad has the chance to be the primary caregiver for his child. But even just taking on more of the kid stuff, such as dropping them off at daycare or putting them to bed at night, helps dads do better at fatherhood. I’m glad to hear most working moms are seeing at least generational improvement when it comes to their parenting/life partners.

4 thoughts on “The Changing Roles of Fatherhood”