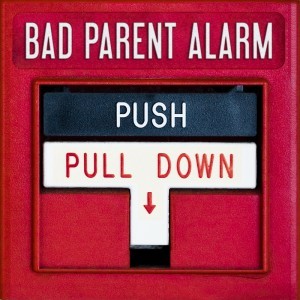 Other people’s parenting styles. Is it ever okay to comment on and/or question it?

Maybe you have a friend who does everything for his/her child, and you think they’re doing nothing but fostering the child’s dependence on others.

Perhaps you have a relative who’s installed their infant’s car seat incorrectly.

Or maybe, you think your colleague feeds her child too much junk food.

In an informal Facebook poll, I asked my friends and acquaintances if it is ever okay to comment on/question a friend or relative’s parenting. Respondents were asked to answer “yes,” “no,” or “it depends.” For the latter response, individuals were asked to provide an example of when saying something would be warranted.

One respondent had this to say: “(Commenting or questioning someone’s parenting) depends on the situation, familiarity with the situation, and your motive. You can helpful or hurtful depending on the circumstance.”

Another person responded: “It depends whether or not your comment is worth more than your relationship with that person (whose parenting you’re calling into question). If not, keep it to yourself.

Several other respondents indicated they would comment and/or question someone’s parenting if they were making choices that harmed their child(ren) and/or put them in danger.

I feel like the last scenario could get tricky, as harm and danger are open to interpretation. To some, choosing to formula feed a child may be construed as harmful.

What I gathered from my little Facebook poll is that nothing is black and white. The older I get, the more I question whether anything in life is, but that’s a topic for another day. Sure, there have been times I wanted to say something about a friend or relative’s parenting, but truthfully, I will never be in that parent’s shoes, and they’ll never be in mine. So long as someone’s parenting techniques/choices and child’s behavior don’t directly affect me or my child, I’ve found it best to keep quiet.

What do you think, fellow parents? Is it ever okay to comment on and/or question another parent’s techniques/choices?

8 thoughts on “Do or Don’t? Commenting on the Parenting Styles of Others”