So save for months to pay for a nice vacation.  You organize and plan out all of the details.  You endure the chaos of getting to the destination.  Then the tourist activities start.  They usually are filled with photos like this: 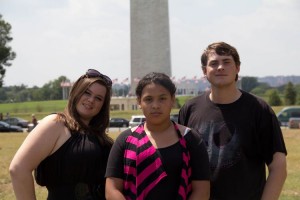 Do you notice anything wrong with this picture?  Well, if you are a mom reading this, you probably don’t notice it at all because it looks like the hundreds of pictures that you have taken over the years.  The problem?  YOU AREN’T IN IT!

A few weeks ago, a friend of mine was sharing the yearly compilation of photos she puts together of her kids.  She puts it to music and includes cute pieces of the past year for her kids to hold on to over the years.  When I looked through it, it was really cute and a great idea.  She was asking for thoughts on it and the one thing that jumped out at me was that she was not in even one picture at all.  It made me wonder how her kids would feel to see their dad, the grandparents, their friends – but not see pictures of their mom during all that time.  It was almost as if she didn’t exist in their life for a  year – even though everyone knows she did.

A few weeks later, I read a similar story written on the Huffington Post.  That got me to thinking about all of the pictures that I am missing from.  I do this all of the time.  I hide from the camera.  I have all the excuses down.  “My hair looks bad.” “I don’t do pictures.”  “I will take the picture for you so you can be in the picture.” “I have to go to the rest room. You go ahead.” In reality, I don’t like the way I look in pictures.  Selfish, huh?  I didn’t realize what I was depriving my children of by avoiding the shots.

While thinking about writing this post, I remember a group of pictures taken several years back that I loved.  I was new to Cincinnati and a friend had offered to take myself and the kids around the city to show us around.  We ended up in Eden park.  Since we were both into photography, we took turns trying to catch each other in shots (he was more successful than I was!).  There was a moment where the girls and I were just goofing around and we didn’t realize that he was even taking pictures of us until the end.  I got an email from him later with the series of pictures attached. This is what HE saw in our exchange: 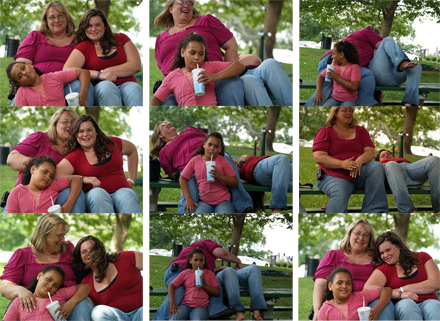 Had I known he was taking pictures when he started, I am sure I would have used one of the many excuses I had been using all day to avoid being caught on camera.  Thank goodness I didn’t know until he had already snapped a ton.  Once I saw him aiming at us, knowing he had already snapped some shots, I stopped and posed with the girls to actually let him take the picture.  This series of pictures is one of my girls’ favorite pictures.  And I have to say, even with me in them, I’m pretty fond of them myself. 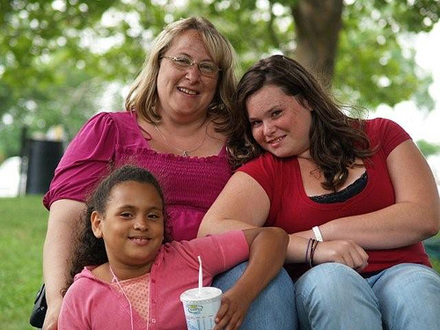 THIS picture is the one that reminds me how important it is that you actually get into the pictures with your kids.  It’s not about how good or bad you look in the picture.  Memories are so much sweeter when you have a picture to go with them.  This will be one of those pictures that my girls will look back on when they are older and I am sure they will still laugh.  And one day, I know they will cherish it more than I ever thought about on the day they were taken.

With the holidays coming, be sure to remember to get yourself in the picture. Don’t always be the one behind the camera.  But, do your friends a favor as well – remind them they need to be in the picture, too!  The best advice I got before I left on vacation this year was when a friend of mine said “Hey!  Promise me you will do one thing.  MAKE the kids take pictures of you, too.”  Are you up for the challenge?

2 thoughts on “Get in the Picture (with Pictures!)”