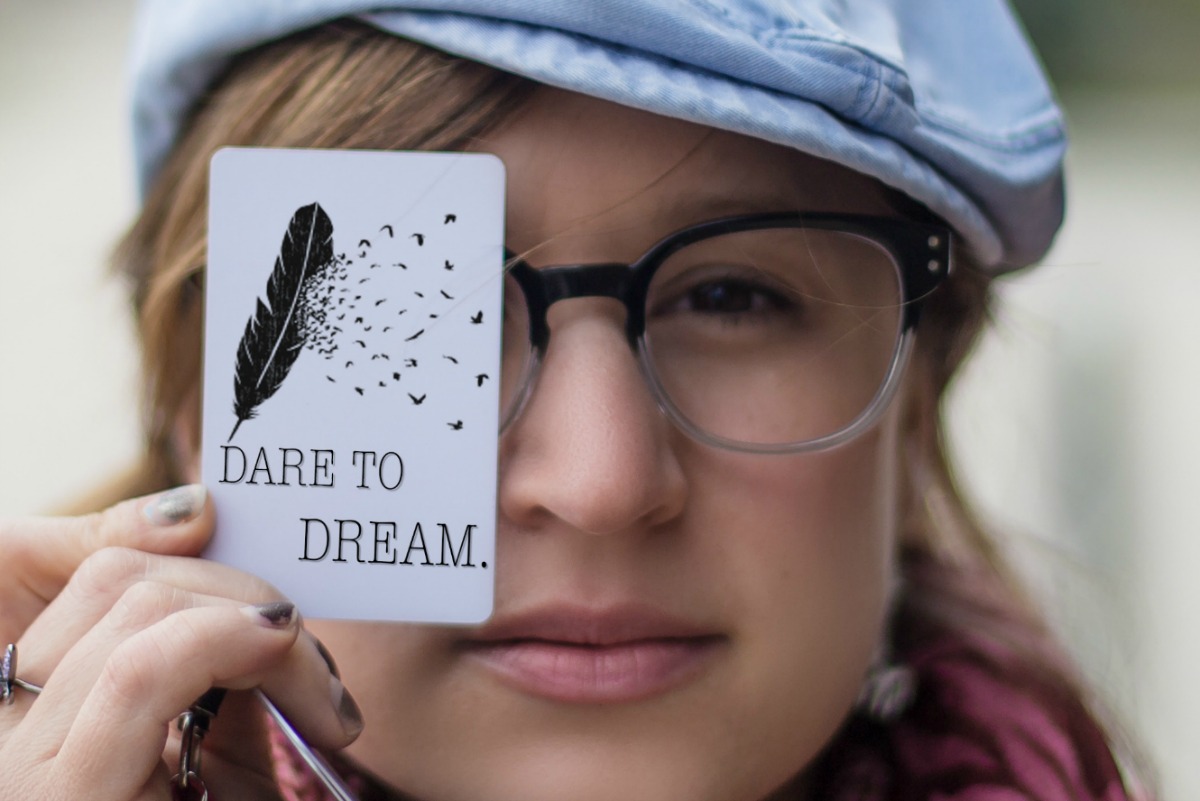 Have you ever come across a person who made you stop and think, “I wanna be like HER when I grow up“? I’ve known, witnessed, and been inspired by many such influential women who led the way before me.

Zenni Optical sponsored this post so I could recognize some of those strong women leaders who have influenced me.

They’ve also given me the opportunity to offer one of you a Zenni Optical gift card for $150. Why? Because they recognize the positive impact these women make in all our lives and would like to honor their strength through the gift of stylish and affordable eyewear so that everyone can see and appreciate these achievements and talents clearly. [Scroll down to enter for your chance to win.]

Without further ado, let’s get to my shortlist of seven “she-roes” I admire—influential women who saw the big picture for success, and had the courage and strength to make it happen.

(1967- ) This civil rights lawyer, advocate, legal scholar, and mother of three young children published her best-known work, The New Jim Crow: Mass Incarceration in the Age of Colorblindness, in 2010. Since then, the book has become a catalyst for a new social movement toward racial justice in America. Learn more about Michelle Alexander and her work on her website.

“All people make mistakes. All of us are sinners. All of us are criminals. All of us violate the law at some point in our lives. In fact, if the worst thing you have ever done is speed ten miles over the speed limit on the freeway, you have put yourself and others at more risk of harm than someone smoking marijuana in the privacy of his or her living room. Yet there are people in the United States serving life sentences for first-time drug offenses, something virtually unheard of anywhere else in the world.” — Michelle Alexander 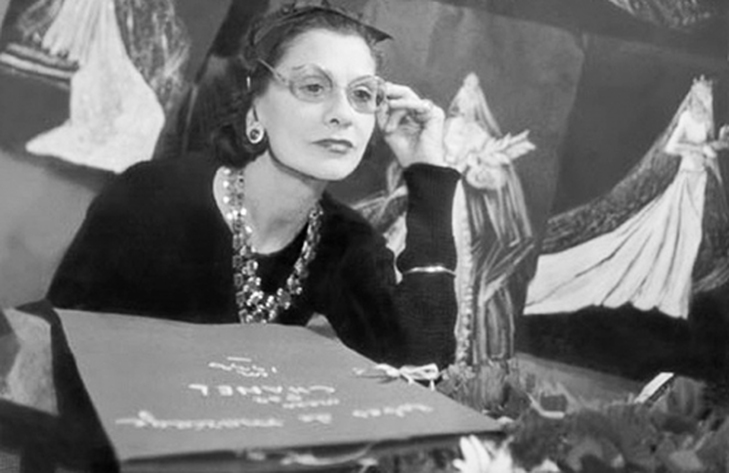 (1883-1971) This famous French woman is widely regarded as the one of the greatest fashion designers who ever lived, thus making the name of Chanel and her brand iconic. Personally, I admire Coco Chanel for liberating women from the constraints of the “corseted silhouette” after World War I. She popularized a sporty, casual chic as the feminine standard of style. In other words, if you like publicly wearing comfortable pants and not being ridiculed for it, you can thank Coco Chanel for that.

“A girl should be two things: classy and fabulous.” — Coco Chanel 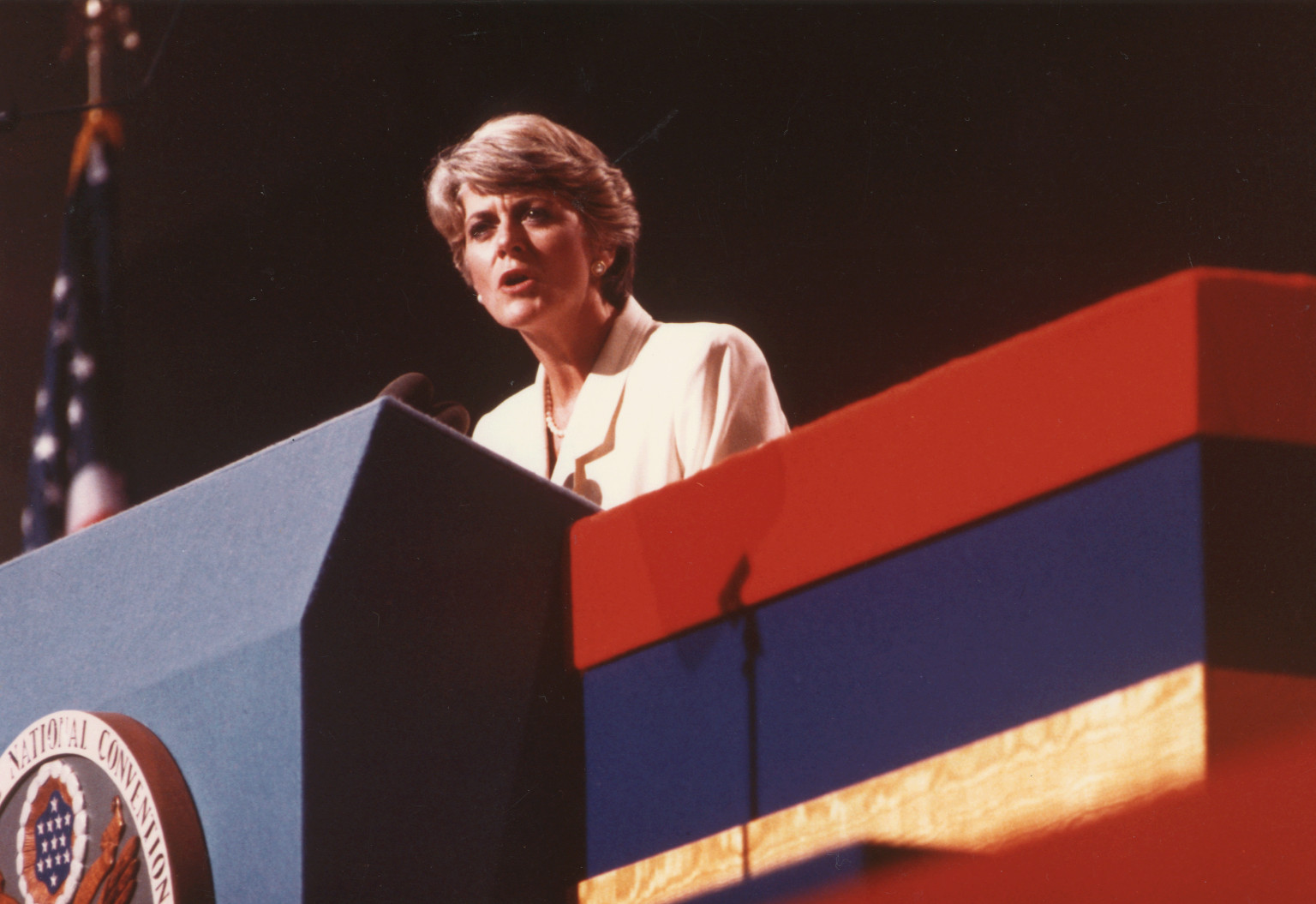 (1935-2011) I’ll never forget being 8 years old and watching with wonder as Geraldine Ferraro became the first female vice-presidential nominee of a major party in 1984. I knew nothing of politics or elections, let alone who the heck Walter Mondale was, but I knew this was a big deal. (I guess that’s how my 10-year-old daughter feels today with Hillary Clinton as the presumptive Democratic presidential candidate. Let’s just say, SHE IS A FAN.)

Ferraro started her career as a public school teacher, then trained and worked as a lawyer while raising three children. Once elected to the U.S. House of Representatives, she focused on legislation to bring equity for women in the areas of wages, pensions, and retirement plans. I had the privilege to interview her once, back in 2000 when I was in grad school studying journalism. She was a class act, and I was thrilled to be able to tell her about how she inspired me as a little girl all those years ago.

“My desk drawer is filled with all kinds of prayers.” — Geraldine Ferraro 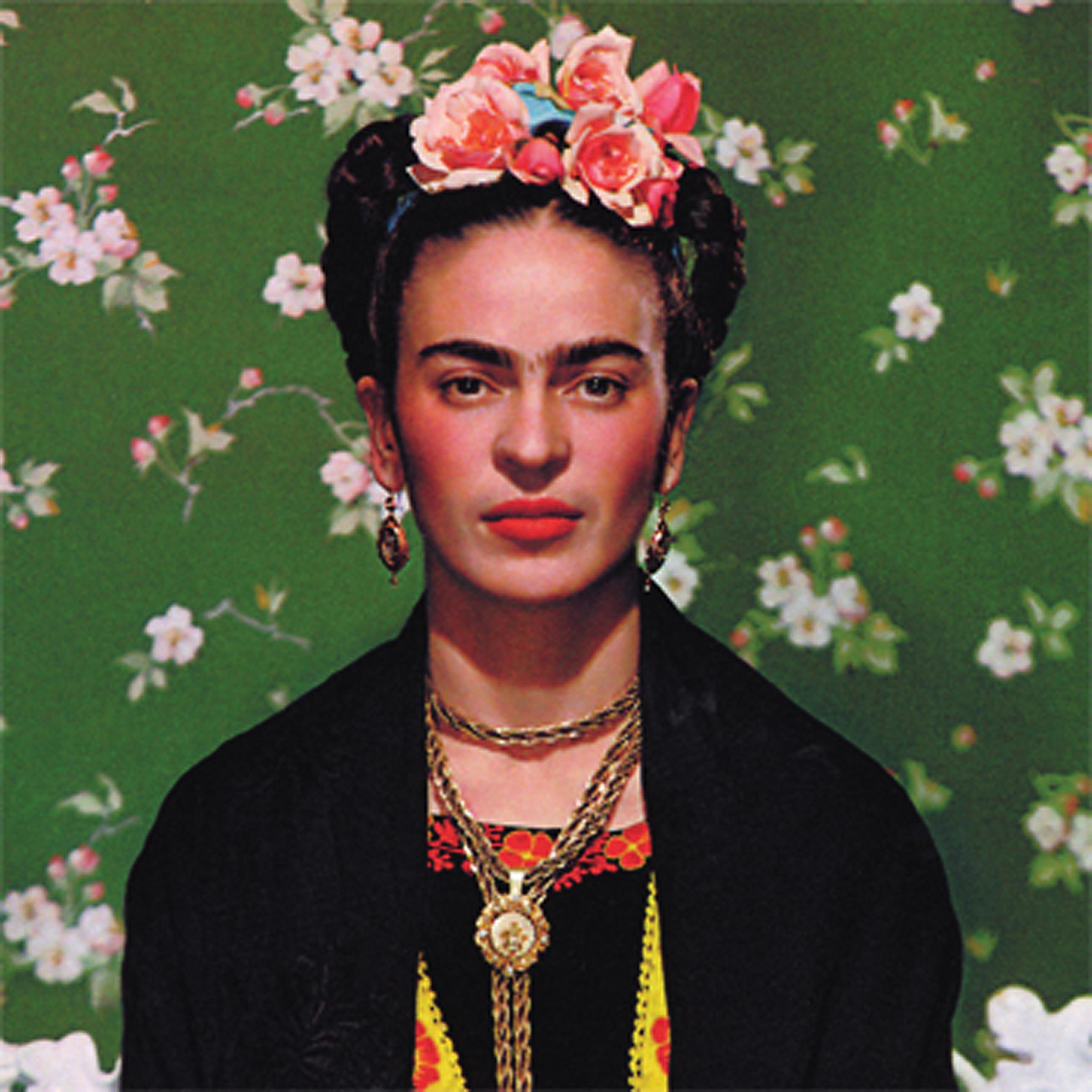 (1907-1954) This Mexican painter is best known for her self-portraits, which often expressed her pain and sexuality through symbolism. Suffering from physical disabilities starting in her childhood, she experienced many forms of isolation, difficult relationships (particularly with her husband, painter Diego Rivera), and other life struggles. Despite feeling defective, deformed, and unloved, Frida Kahlo passionately created works of art that continue to provoke and inspire people across the world.

“I paint my own reality. The only thing I know is that I paint because I need to, and I paint whatever passes through my head without any other consideration.” — Frida Kahlo 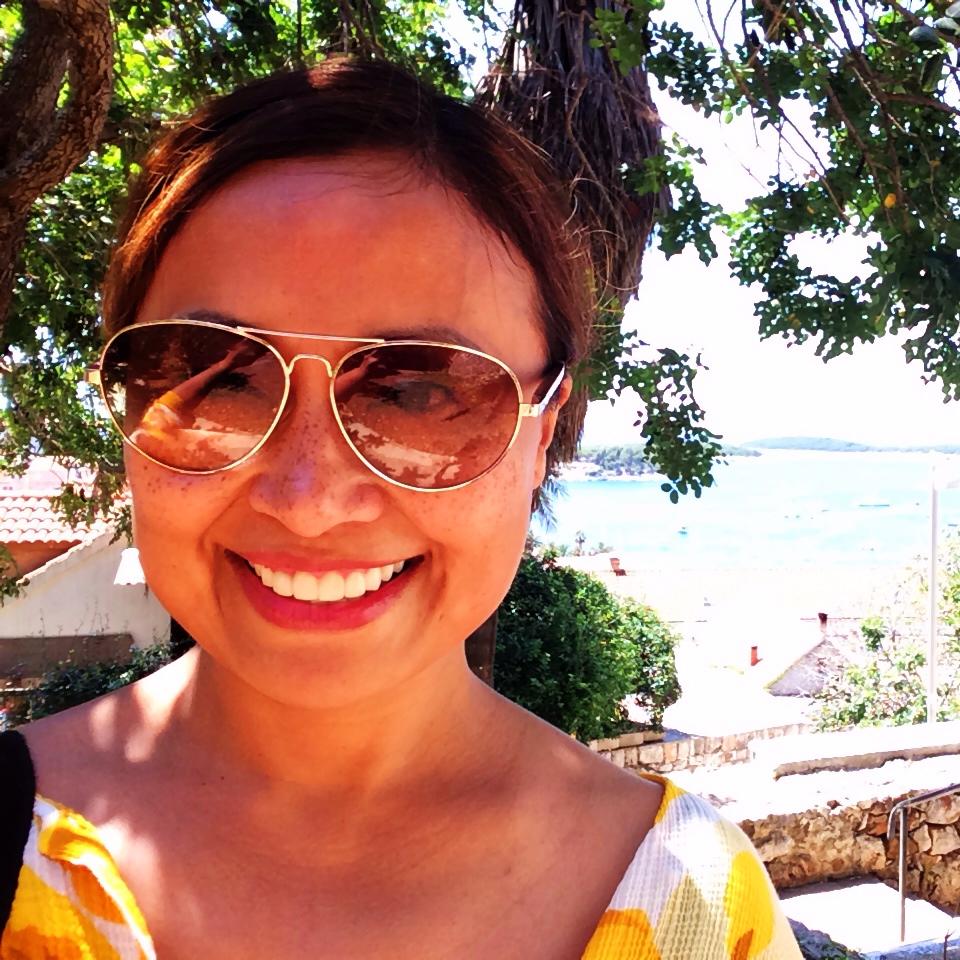 (1970- ) This Filipino-American entrepreneur and mother of two boys founded Care.com, the world’s largest online destination for finding and managing family care. The inspiration came from Sheila Marcelo’s personal experience as a new mother, college student, and immigrant without family nearby to support her. She ran into the same problem many American families face: difficulty finding quality child care. Since its launch in 2007, Care.com now has more than 19.5 million members, spanning 16 countries. On average, four out of five families who subscribe find their caregiver on Care.com, and a new job is posted every 30 seconds in the U.S. Read more about reasons I love Care.com here.

“To lead, you’ve got to get through your own stuff [first] so that you can focus on others.” — Sheila Marcelo 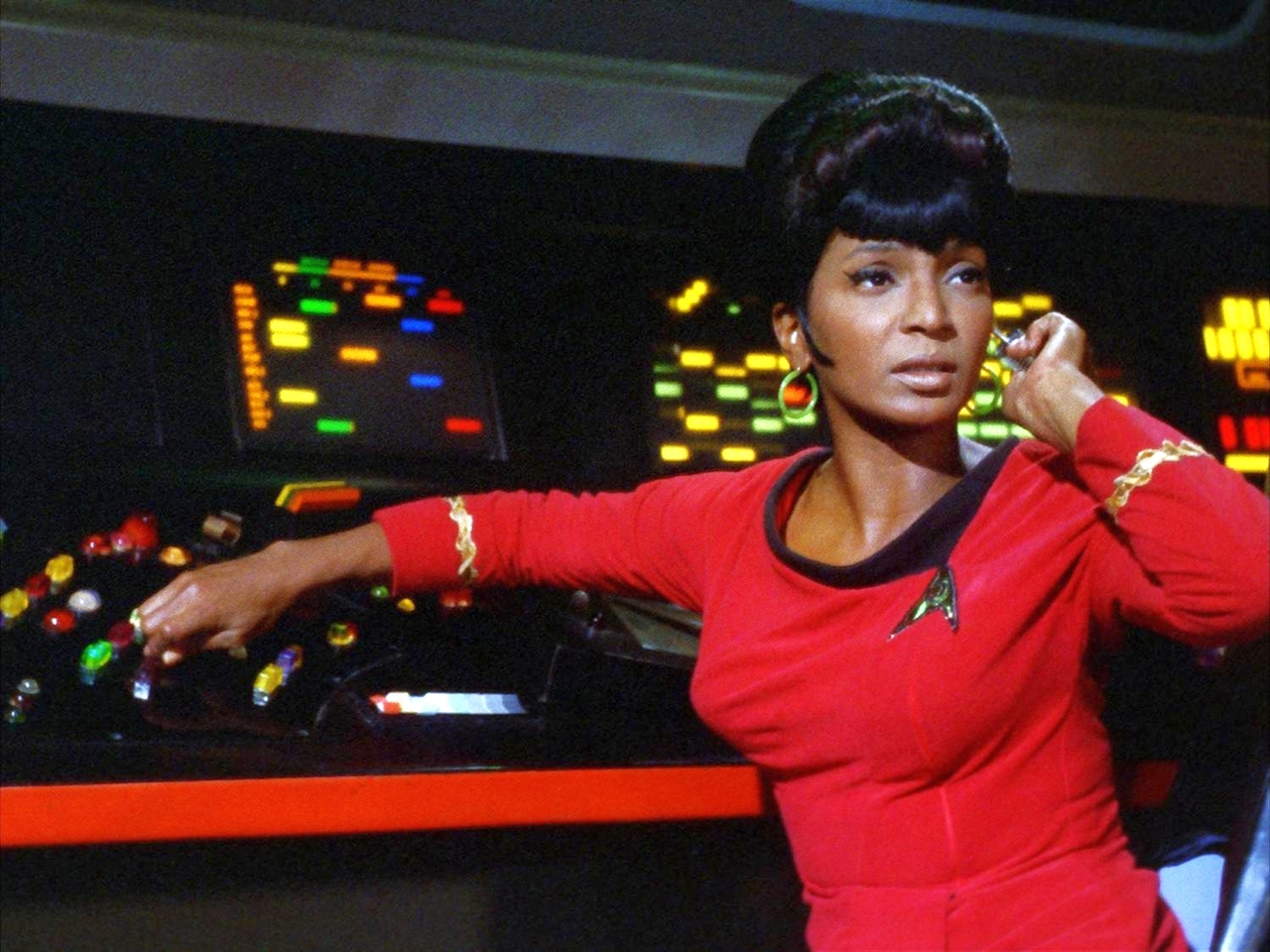 (1932- ) She’s a beautiful actress and singer who once performed with Duke Ellington and Lionel Hampton. But most likely, you would know Nichelle Nichols as Uhura on the original Star Trek TV series in the late 1960s, as well as subsequent movies through the early 1990s. Her Star Trek character represents one of the first African American female characters on American television not portrayed as a servant. Civil rights leader Martin Luther King, Jr. personally praised her work on the show and asked her to remain when she considered leaving the series. My favorite quote about the impact of Uhura comes from Whoopi Goldberg: “Well, when I was 9 years old, Star Trek came on, I looked at it and I went screaming through the house, ‘Come here, mom, everybody, come quick, come quick, there’s a black lady on television and she ain’t no maid!’ I knew right then and there I could be anything I wanted to be.”

“[Dr. King] complimented me on the manner in which I’d created the character. I thanked him, and I think I said something like, Dr. King, I wish I could be out there marching with you. He said, no, no, no. No, you don’t understand. We don’t need you on the — to march. You are marching. You are reflecting what we are fighting for.” — Nichelle Nichols 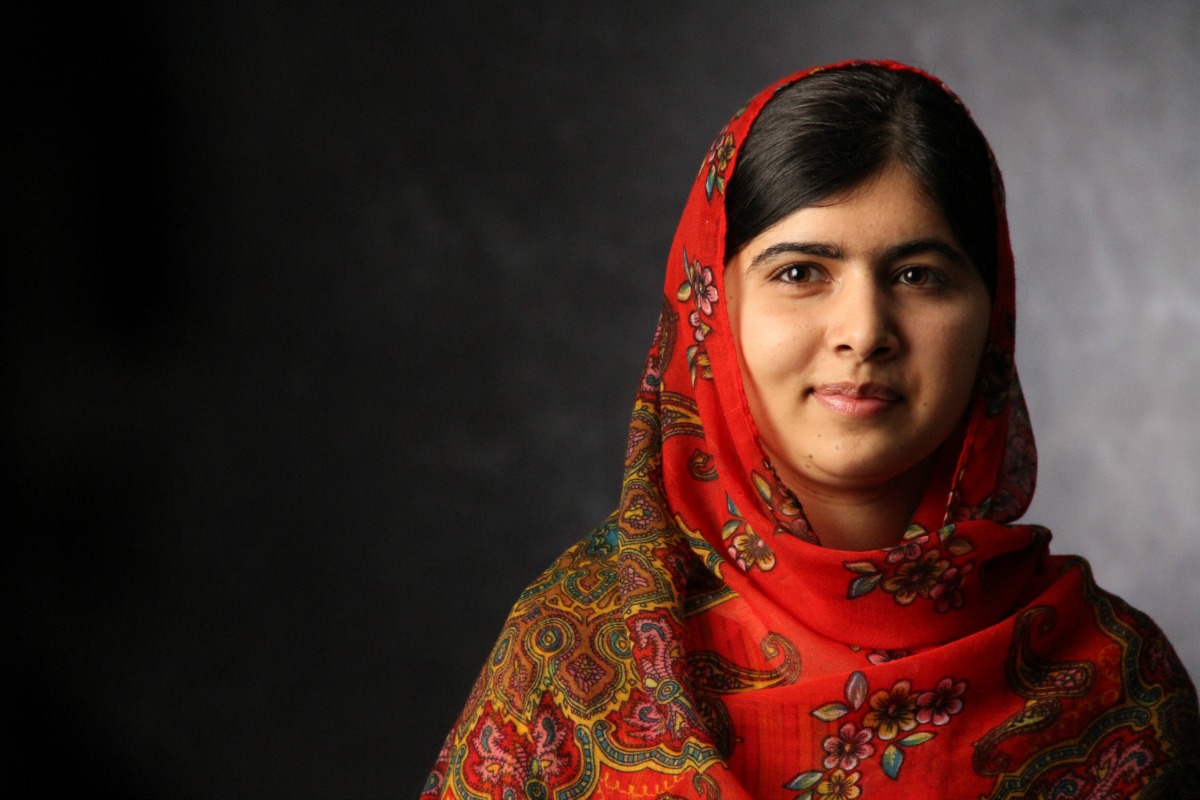 (1997- ) As a young girl, Malala Yousafzai defied the Taliban in Pakistan and demanded that girls be allowed to receive an education. She was shot in the head by a Taliban gunman in 2012, but survived and went on to receive the Nobel Peace Prize. This girl is still a teenager(!), yet has already become a major force for supporting education for girls around the world. Visit The Malala Fund website to learn more about this young activist and help support her work.

“All I want is an education, and I am afraid of no one.” — Malala Yousafzai

Zenni Optical pioneered the online prescription eyewear business in 2003 to help people find fashionable glasses and sunglasses for every occasion for $50 or less – which includes single-vision prescription lenses. With its curated collections and literally thousands of frames, Zenni offers the most options for affordable premium prescription eyewear for women, men and kids.

Enter for your chance to win a $150 gift card for a new pair of stylin’ glasses from Zenni Optical. (If you win, I hope you’ll send me a pic of you in your specs.)

2 thoughts on “Ladies, You’re My She-roes”