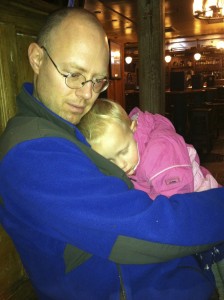 The marketers have given me a gift – the gift of Valentine’s Day.  A natural topic for a blog.  Since I have never been one to want to celebrate a manufactured holiday, the events that surround this February 14 surprised me with their fortuitousness.

Monday began at 7am in the newborn nursery as those babies won’t examine themselves! Then came talking to all their mamas and daddies. This had to be completed by 1 pm at which time I had to be in my Monday afternoon clinic, seeing babies and toddlers who had been in the Neonatal Intensive Care Unit and needed follow up. The clinic was full, and at 4 pm I was needed in the Emergency Room.  My ER shift was done at 1am, by which time, so was I.  By 2am my eyes finally closed only to open up an hour later when my three year old wanted to snuggle. At 5:30 the alarm went off.  Time for another day.

The following two days, Tuesday and Wednesday, were not as chaotic, in that I only had one assignment instead of three. However, the nursery was seeing record amounts of babies (what was going on nine months prior? More bad weather?) so I really needed roller skates to make my rounds.

Before going to bed on Wednesday the 12th, I received a text from my boss, informing me that another doctor that is working in the hospital that night has volunteered to start examining the babies born overnight in case I have trouble getting in through the blizzard.  And here it begins.

I set my alarm extra early, nonetheless, for Thursday the 13th because I knew digging out the minivan and getting off my tiny dead end street would take a little spinach (Popeye reference for those that are too young. Google it.).  By the time I got up, another text from the overnight doctor awaited me: He had seen all the babies that had been born by 2am and I had at least until noon to get it.  He, on the other hand, had gotten three hours of sleep in order to help out, and had his own patients to take care of the following morning.  No one had asked him to do this. A saint.

It turns out, another physician, already being in the hospital, came to his aid by seeing those sick kiddos.  All around, staff was doing favors for other staff. The residents worked 24 hour shifts instead of 12 hour ones so that others did not have to come in and so there was no break in patient care.

What was amazing was when I arrived at work on the 13th and then again on the 14th, was the spirit of comaraderie amongst the hospital employees. There were no complaints. Nurses had spent the night in the hospital to make sure there was continuity if the morning shift could not make it.  Everyone was happy to do it. Everyone wanted to provide the best care they could.  Even Mother Nature was not a deterrent in making sure families were in good hands.

In addition to work, there was the home scene. My husband unwaveringly volunteered to take yet another two days off with our children.  We had to option of taking them to my parents’ on Wednesday (more love on that end later) so he could go in as well but he is such a loving Daddy, he could not stand the thought of being away from them for five days, as we were going to already have the grandparents have them for the weekend (for child care as Monday is a critical school holiday – President’s Day!).  By the end of the day of Friday, he had conflicting emotions about this decision given that he was not able to get any work done in more then a piecemeal fashion.

Let me back up and say that the last few months, since December 17th actually, when my grandmother died, has been a series of unfortunate events in the Reed household.  As with most bad events, this was a trifecta, and was followed by other family “misfortunes”. We have been stressed to a point rarely experienced.  (For details, you can visit my blog, listed below).

So, Friday evening, we packed up and drove to Baba and Dziadzio’s house. The kids were ecstatic. We were excited. I had decided that it was time for a getaway and booked a Saturday night away at a Virginia resort.  By the time we got to the grandparents house, it was very clear we needed to decompress, like now.

My parents opened the door, “Change of plans,” I said. “What, you’re not letting us keep the kids?” My mom is aware of our separation issues with the monsters. “Nope, we need to leave tonight.” And so, my parents sacrificed their own plans for spending time with us, and on Valentine’s Day, without a comment, even though I know it was not what they wanted.

My husband and I drove as far as was comfortable Friday night, careful not to add more stress. We booked a hotel through a discount website, got a great deal, some burritos, champagne, chocolate, and fell asleep watching a horror movie.  All we needed was to reconnect and the promise of no stress.

St Valentine showed up in unexpected places and unexpected ways this year. It will be a good reminder for the future to notice the love that people may not overtly demonstrate. Love is all around us, especially in times of adversity. We should cherish it in each other.  Thank you, Hallmark, for the yearly reminder.

2 thoughts on “Love is all around…”