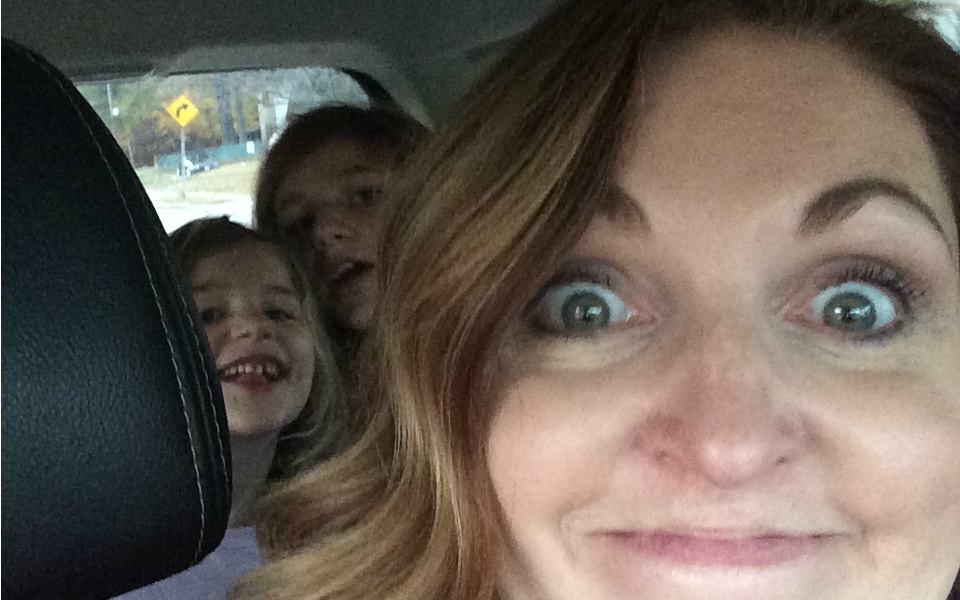 It will get better when they get older.

Isn’t that what moms say when they’re racing to work after taking the baby to the sitter, wiping spit-up off their blouses with fast food napkins?

I know I said it when my toddler seemed hell-bent on gouging her face against every surface she encountered. I definitely hoped it as I begged her to fall asleep after a hyperactive day topped off by a tantrum-filled night.

Even though we know the early years are precious and time goes fast, most moms reassure themselves that someday their kids will be more self-sufficient. That they will require less time and energy. That somehow the Mom job will be easier.

I’m here to tell you that’s a load of crap.

My kids are now 12 and 7, and I have less time and energy than ever. In fact, a recent study found maternal depression can spike as our children head into their teen years.

Of course we love our older kids just as much as we did when they were tiny, but easier it’s not. If you’re in the midst of parenting tweens and teens, here are some examples—and a few tips—to let you know you’re not alone.

If you’re getting ready to comment that I’m keeping my kids from having the character-building experience of failure, I’m going to stop you right here.

I have no desire to be all up in my kids’ academics like this. However, my 7th grader just completed her first semester at a place that ranks among the top public schools nationwide. It’s tough, with hours of homework each night, and they will expel you if you don’t pass.

I’m all for letting her suffer the consequences if she wears flip flops in January or forgets her lunch money. I draw the line at getting kicked out of school. So until she’s more comfortable with the workload, I am quizzing her for tests, helping her plot out how to get projects done, and learning more about the Roman Empire than I ever wanted to know.

Even if your kid doesn’t go to a school like my daughter’s, you probably still have to fight about homework, help with homework, and generally do more school-related stuff than you bargained for. Because that’s school in the 2000s. Apparently we haven’t educated our kids until we’ve buried them under an avalanche of worksheets, projects and online math practice.

How to cope? Look for a balance between keeping an eye on things from a distance and getting more hands-on. I try to think of it like teaching them to ride a bike: run alongside them until they get confident, then let go and let them pedal off into the distance.

Everybody’s got someplace to go.

I can’t remember the last time I went someplace just because I wanted to—not without working it around 4 other places my kids needed to be.

Babies go wherever you’re going. Toddlers may have a dance class and the odd birthday party, but they’re still pretty much along for the ride.

As soon as soccer starts, you’re toast. I actually went through a mild case of depression when my youngest joined my oldest in having activities and commitments and it became clear that my true job title for the next several years would be Chauffeur.

Yes, Dad helps out. No, we don’t overcommit; Our kids are involved in just a fraction of the activities their friends are. But it’s still a lot. Add in that I’m an introvert, and you can appreciate how dearly I miss Saturday and Sundays with nothing to do.

How to Cope? Carpool if you can. Try not to get involved in so many damned things. And bring along a good book. I’ve actually started writing mine while I wait on the kids to finish games and lessons, since I have less time at night now thanks to that homework thing.

The stakes are higher.

Young kids have tantrums about things like raisins in oatmeal. Tweens and teens have meltdowns about stuff that can actually be pretty serious. Friendships, body image, anxiety about school… these kind of things are tough to untangle for kids and the adults who want to be supportive.

And you’re lucky if your kid does have a meltdown. At least then you know something’s wrong. I’ve had more than one friend learn their child was talking about suicide after another adult saw their social media activity.

Then there’s the whole thing about how screwing up can actually, well, screw things up.

A first grader is probably not going to flunk out of school. My daughter and I have already had the talk about how anything she puts out digitally can come back to harm her. And holy moly I am NOT looking forward to the day when she and her friends get behind the wheel of what I used to call a car but now regard as a potential death machine.

How to cope? Look after your own mental health, and trust your kids to make good decisions, but verify on a regular basis. Parenting an older child means being a combination spy, counselor and stealth negotiator.

Growing up is hard.

I was a greasy, grumpy a-hole in 7th grade. I got less greasy as I got older, but I was still pretty awful to my parents until I left college, got a job and realized how hard this whole adulating thing can be.

So I get why my kids act the way they do. That doesn’t make it any more fun. And mine are actually not that surly compared to what I’m hearing about some of their friends. Still, would you want to live with yourself at 13? Welcome to parenting older kids. Karma is real!

I need to temper all of this complaining with a bigger-picture truth: My kids are great kids, and I love them madly no matter what challenges we go through as they grow. I must also admit that my personality doesn’t help.

As a mom—maybe especially as a working mom—I’m focused on getting stuff done. When the kids were younger, I could get their stuff done, too, because it was pretty much also my stuff, and because it was just easier that way.

Now, I have to trust someone else.

The older they get, the more it’s on them to keep track of their schedules and take responsibility for things like schoolwork. They will fail. They will screw up. They may not place the same priority on getting things done that I would.

Making peace with that is a daily struggle. Some days I’m the one failing and screwing up. But I owe it to my daughters to find that balance between supporting and smothering, watchfulness and unnecessary worry. I’m growing, too.

10 thoughts on “Easier My A**: What It’s Really Like Parenting Tweens and Teens”