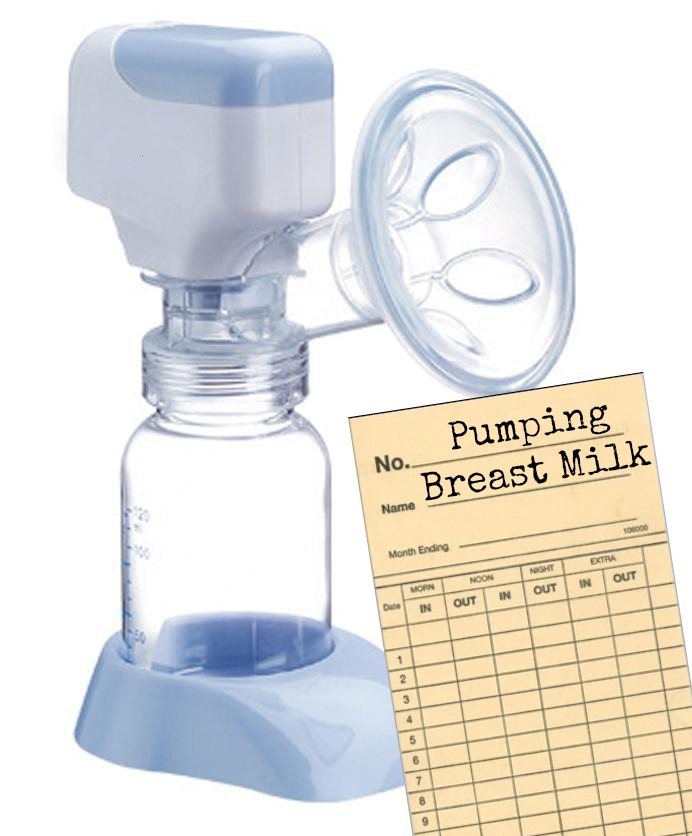 Another nursing mommy friend of mine recently referred to pumping at work as a “a part-time job.” I never looked at it that way before, but it sure does make a lot of sense. And not just in the sense as it takes up way too much of my precious time.

I’ve had a few part-time jobs in my time, working at an ice cream shop, a pizza parlor, a few stints in retail and some catering and waitressing gigs. I can’t say I enjoyed any of them very much. (Well, except maybe the ice cream job–ice cream sure is tasty.) I started all my PT jobs with a certain fervor, but then my enthusiasm quickly died down. (Working your ass off for $4.25 an hour isn’t exactly living the American dream.)

I approached pumping with a similar attitude. I was super gung-ho about pumping until I realized that O wouldn’t perish if he had a bottle of formula once in awhile. Then I started to get a bit lazy, if you will. Now I almost dread pumping, much like the way I used to dread working the evening shift on a Saturday night. I loved the money but hated missing out on the parties. I love the bonding and benefits of nursing, but I hate pumping.

I never wanted to pick up any extra shifts when I worked part-time, even if it meant more money. And I certainly never want to pump anymore than I have to, even if it means I could start a freezer supply again. I currently pump once in the morning before I leave for work, twice at work, and sometimes in the evening after O goes to bed. If it works out that I don’t have to do the evening pump, I practically dance the jig of joy. Instead of being forced to sit in one spot for 15-20 minutes, then clean all my equipment again, I get to spend my evening as I choose. It’s sort of like when your boss let you go early on a Saturday night, and you got to party with your friends instead of working. It really does feel that awesome.

But it doesn’t always work out that I get my evening shift off. Some days my boobs call in sick and I don’t get as much milk as expected on a certain day. Then I often have to work late and possibly even pull an extra midnight pumping shift. Kinda like when the boss would call me to work on my day off because someone else called in sick. My boss and coworkers pissed me off then, and my own boobs piss me off when they do it now.

It’s all good in the hood though, because I can see an end in sight: The Day I’m Able to Quit Pumping. It won’t be as spectacular as the time I quit my catering gig–storming off and speeding away in my car during the middle of a job because the fill-in boss chose to swear inappropriately at me–but it will be just as satisfying.