Please welcome Dawn Simonds, WMAG’s first guest blogger. Dawn is a Working Mom Against Guilt with two lovely daughters and a husband who’s a doctor (i.e., works a lot). She’s a fellow writer at the ad agency Cara, Tela, and I work for, and a friend from way back. Enjoy! —Susan

We planned our trip to Mexico two years in advance: Airline tickets for four from Cincinnati, with connections in Dallas; seven blissful days and nights in Puerto Vallarta; long stretches of unscheduled family time splashed with sun and seawater.

We applied for our passports during a blizzard. The streets were lined with graying snow and the post-office parking lot was thick with ice. Inside the steamy, narrow room, a line of people snaked along blue plastic roping behind a foreign-born American submitting paperwork for travel to Africa. The clerk heaved a thick sheaf of additional paperwork to the counter and pushed it toward him. “Fill this out. Next!”

We handed our paperwork, photos, birth certificates and checks to the clerk when we reached the window. The clerk eyed me and my husband, Bryant, skeptically. I smiled back confidently and said “It’s all there!” She thumbed through the paperwork and shook her head. The paperwork I’d downloaded from the US Department of State looked different. Better to fill out the Post Office forms, she said, because with the government, “you never know.”

My daughters, Sophia, 7, and Lily, 6, quickly surpassed their 30 minute-limit on good behavior and began chasing each other around the crowded, snow-slick room. We took the forms and went to the back of the line.

Passports normally take six weeks to process; we allotted 10 weeks, to compensate for the heightened demand for passport requirements to Mexico and Canada. At week nine, I visited the official passport tracking site online. At week 10, I called the passport hotline. A reassuring official told me that she could see my passports in the system; they were in line to be printed. To make sure we received them in time, she offered to expedite the passports and have them sent by overnight mail. I thanked her profusely and floated on a high of American pride for the remainder of the day.

At week 11, I called the hotline again. The number was notably more difficult to get through. Billy from a call center in Kentucky finally answered the line, and though he sounded like he was only 17, I desperately sought his council. I relayed the story of our expedited passports and the reassuring official. Billy said, “Oh, she shouldn’t have told you that.”

“Well, you didn’t get your passports, did you?”

A blissful image of sandcastles and shell collecting flashed before me. “What can I do?” I cried.

“You’ll have to go to Chicago to get your passports.”

“But all our birth certificates are in the application package,” I said meekly, eyeing the tall stack of paperwork on my office desk.

“You’ll have to get new ones.”

With a backwards glance at the work on my desk, I grab my keys and rush to the county’s department of records to get new birth certificates.

My road-trip loving father offers to drive us to Chicago. We leave at 4 am and drive straight to the FederalBuilding downtown. The passport office is filled with people within minutes of opening its doors. I hand over my completed forms, birth certificates, photos and checks to the official behind the counter, who says, “They’ll be ready after two.”

We visit a museum and have to lunch. The kids camp out in the car with my father, watching The Sound of Music on a neighbor’s borrowed portable DVD player. I arrive at the passport office at 2 p.m. Someone calls my name at 2:10 and I eagerly stand at the counter, ready to grab them and run. The clerk looks through my passports. One is missing. A printing error.

I sit and wait for two more hours, listening to the sob stories of those around me: a family returning to India to visit relatives; their flight leaves in an hour. No passports.

A woman who expedited her passport three weeks ago – a process that usually takes 3 days. No passport. A couple getting married in the South Pacific in two days. They applied for their passports four months prior. They drove to Chicago from Nebraska because they had no passports.

Finally, my name is called. I take the passports and run to the car. The Sound of Music is over, my father’s patience is worn. We pay $30 for the parking garage and hit the road just in time for rush hour.

In the rush to pack, my daughter loses her first tooth and quickly misplaces it. Panic ensues. “The tooth fairy won’t come,” she sobs from the front steps, as I shove suitcases into the back of the van. Having turned the house inside out already, I begin the search outside. I walk onto the front porch and see, tucked inside the glass of the screen door, several thin Federal Express overnight envelopes, containing our expedited passports.

So, now I am in Mexico. It is as blissful as hoped — sun, sand, and the sea. Long siestas, no schedule to maintain, no work to manage. For any family planning a vacation, I highly recommend the destination. However, if you can’t wait six months for your passports, think domestic. 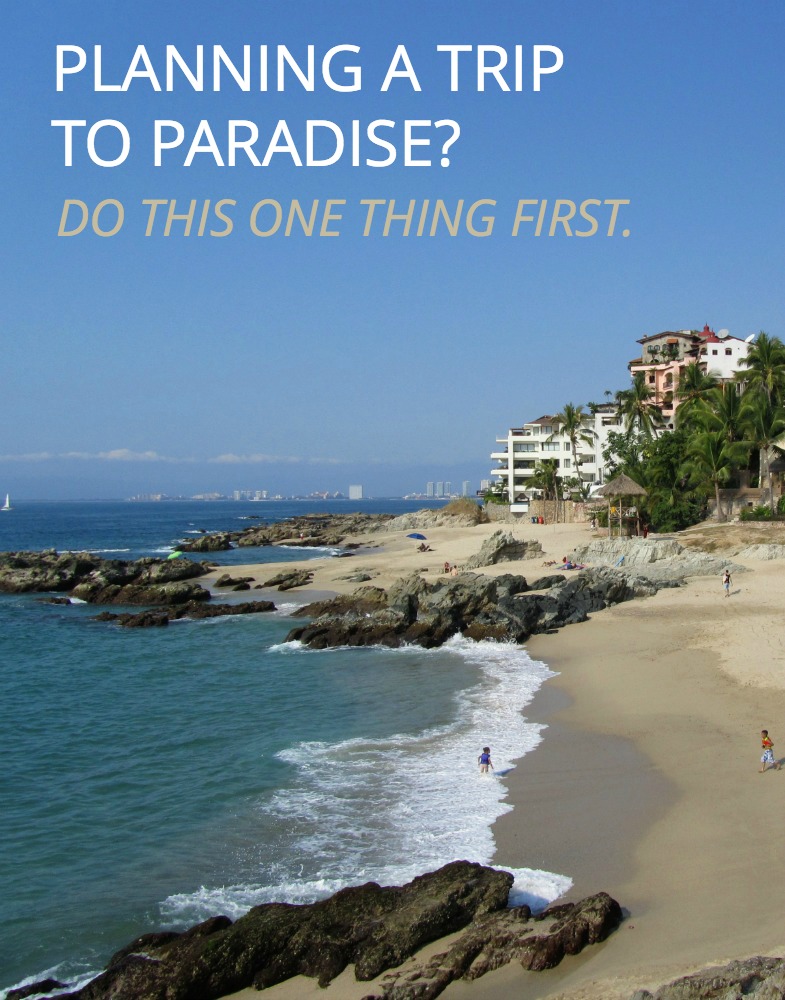 1 thought on “Postcard from Mexico: A Tale of Passport Woes”