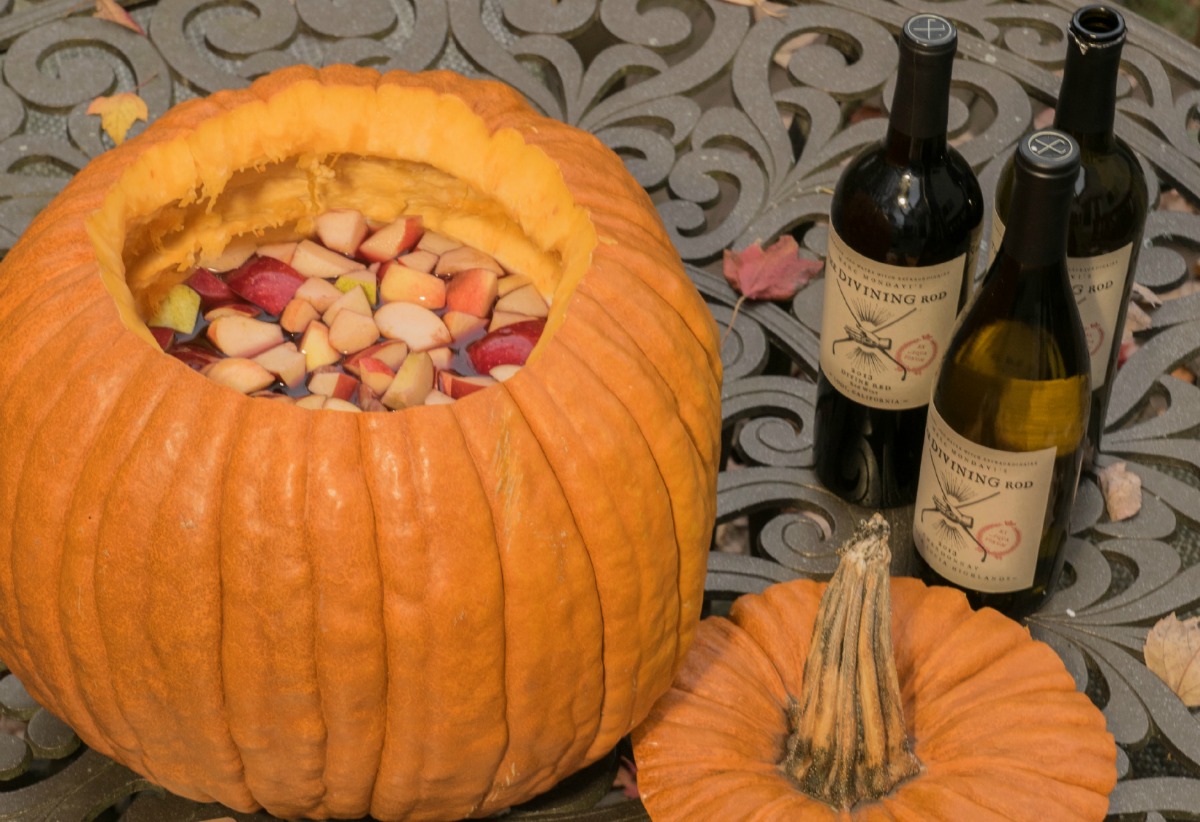 While seeking ideas for grown-up (i.e. alcoholic) beverages to serve at this season’s dinners and parties, I came across an impressive array of autumn-inspired sangria recipes on Pinterest. I’ve always enjoyed a nice sangria in the summertime, but never considered it as something you’d serve in fall.

One look at this Thanksgiving Sangria recipe from The Chic Site, however, and I was dead-set on trying out the idea. All my favorite fruits of fall soaked in cabernet, apple cider, and mulled spices in the slow-cooker, then served hot with cinnamon sticks? Pour me a mug (or two!)

Since I was testing the recipe on Halloween, I decided to add my own twist—which included briefly soaking the sangria in a freshly carved pumpkin. The result? A pumpkin infused sangria that bewitched our trick-or-treaters’ adult companions and instantly became my new go-to cocktail for fall entertaining. 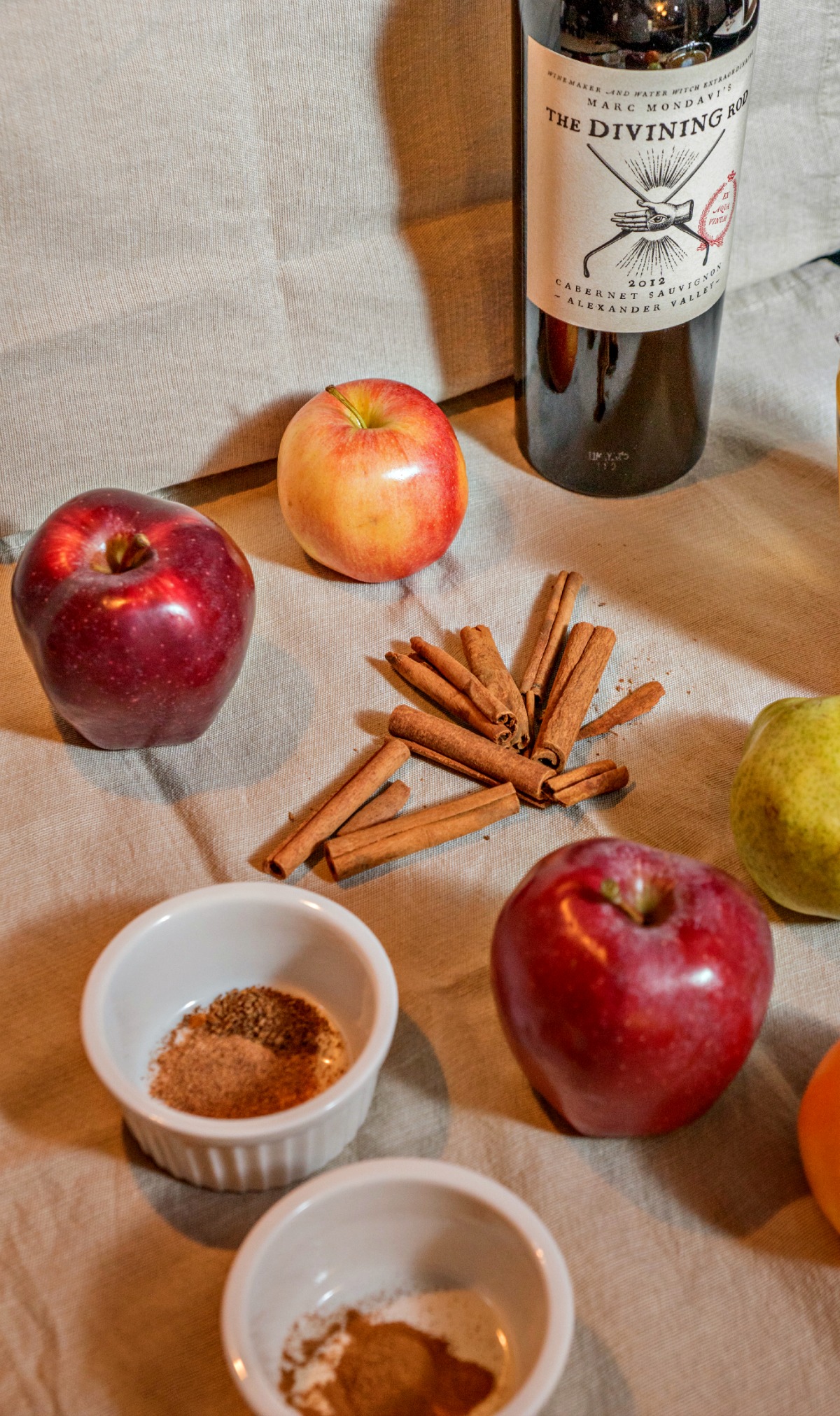 You’ll also want to have cheesecloth, kitchen twine, and a slow-cooker on hand to make this recipe.

* This post features wine selections from Marc Mondavi’s The Divining Rod collection, created to honor the ancient art of water divining and the unique power of your own intuition. The folks at The Divining Rod were kind enough to send me some complimentary bottles to try, and I included their Cabernet Sauvignon in my pumpkin infused sangria. It was, indeed, quite divine. 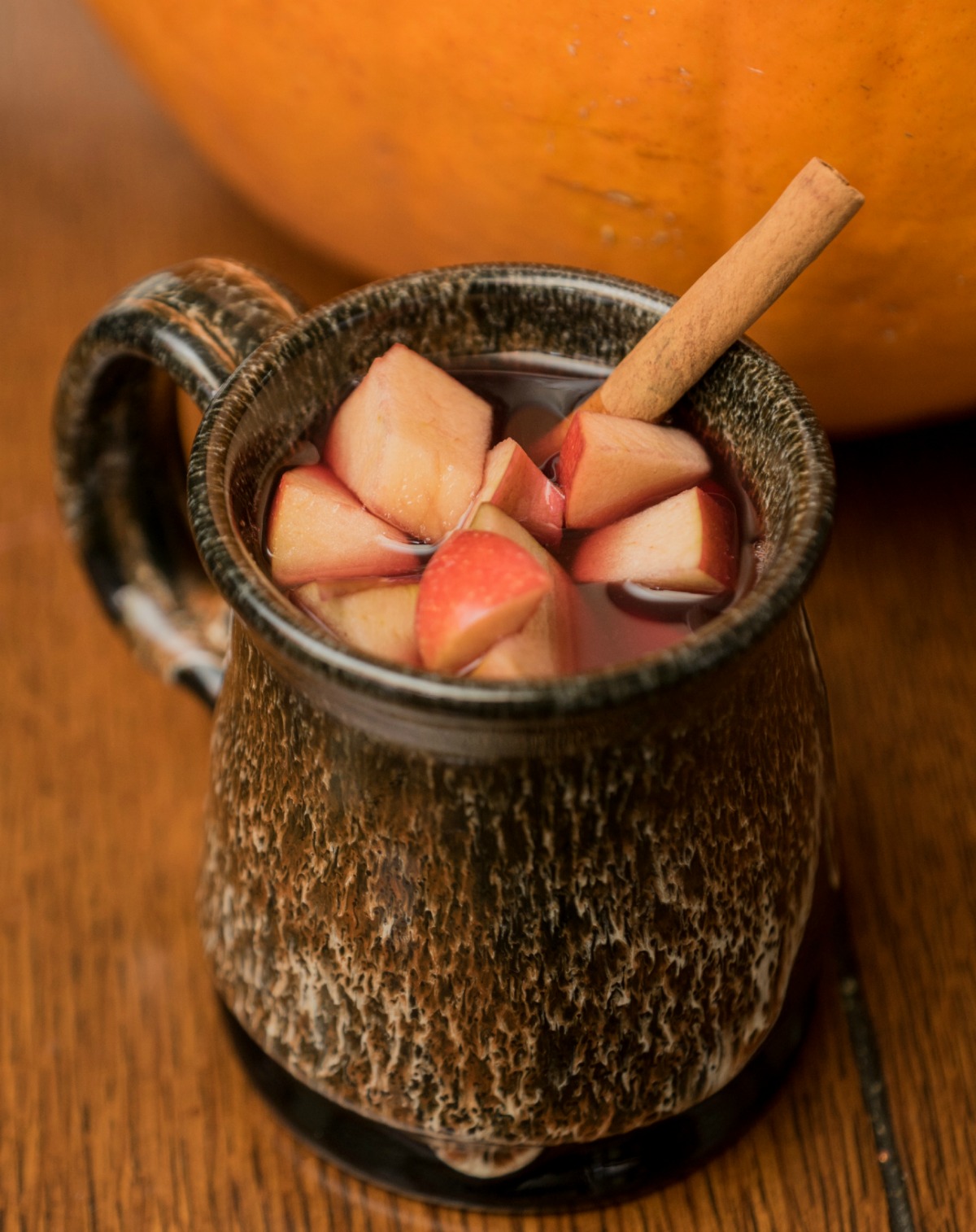 Here are a few more sangria recipes that piqued my interest on Pinterest. I hope to add these to my fall rotation! 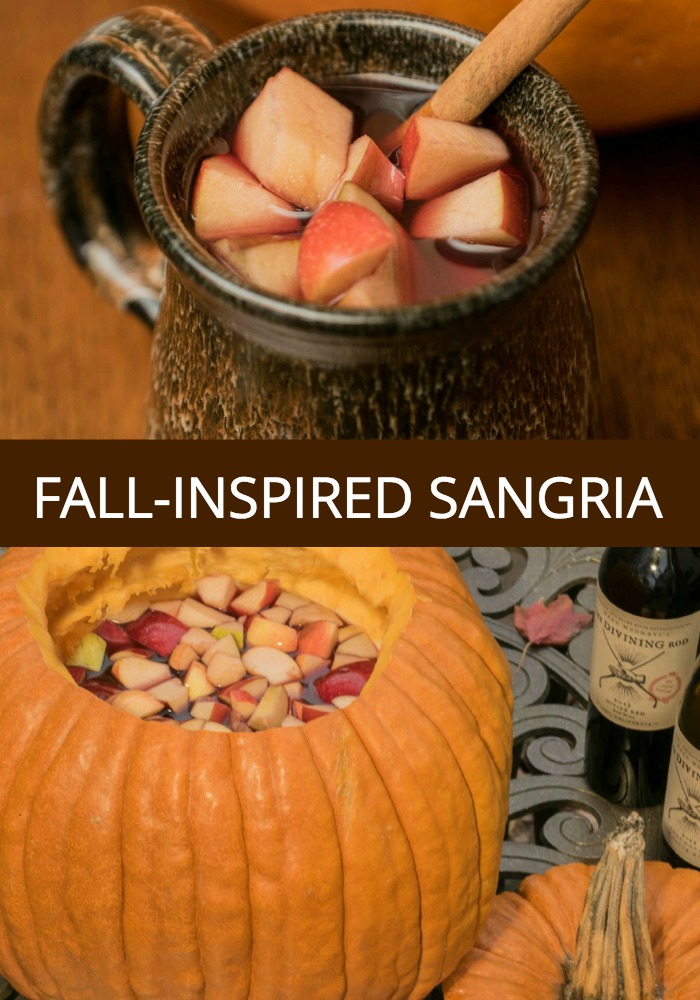