I’ve been on a quest for the perfect fried rice recipe. It’s a great dish for working moms because it’s easy to whip up, can incorporate leftovers, and can allow for the sneaking in of healthy veggies. My past efforts turned out soggy and uninspired. Then I found a fried rice recipe I love.

I found it in one of the most unlikely places: the YouTube channel of an Australian dude who shows bachelors how to whip up beer munchie food. My daughter and I stumbled on Greg’s Kitchen while watching funny videos before bed. And let’s just say you have to watch it to appreciate it. I’m not going to say Greg enjoys the occasional joint, because I don’t know that, obviously. But with dishes like Chili Cheese Jerky Toasted Sandwich and Fried Potato Cheeseburger, it’s not hard to imagine (in my opinion, of course)! Greg’s recipes are improvised comfort food on butter-soaked crack, but I’ve found a couple of winners.

Prime example: his Bacon and Egg Fried Rice. Something about the order in which he adds the ingredients and the seasonings he uses (sesame oil is a must!) makes this fried rice absolutely delish! It’s quick, it’s easy, and my kids gobble it up.

I’ve made a few modifications to Greg’s recipe that I’ll list below. But here are the basics in all their crazy, tasty glory: 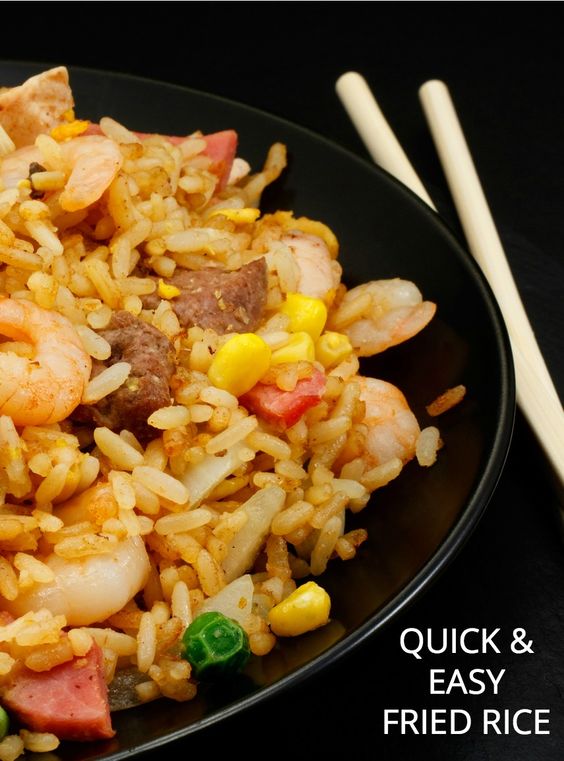