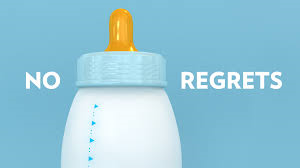 I am formula feeding my 4-month-old, have been since his third day of life, and you know what? Not only do I not feel guilty about it; I’m glad about it.

I don’t have a documented medical reason for not breastfeeding.

My son doesn’t have a documented medical reason for not being able to breastfeed.

My husband and I made the choice to formula feed our son.

The American Academy of Pediatrics, the World Health Organization, and my son’s formula container all tell me that breastfeeding is best for my baby. Nutritionally, I don’t dispute that—it’s a fact.

Nutritionally, breastmilk has more advantages than formula, but in every other area, the “best” in “breast is best” is subjective.

Breastfeeding was NOT best for my family and I, and here’s why:

Yes, I’m fully aware that I could have tried harder, or for longer. I know there are mothers who put themselves through hell to breastfeed, but I didn’t want to. I don’t feel that pressure, or guilt to do so.

I guess I could have tried to pump, but again, with everything going on in my life, it was a stressor I didn’t need.

I’m aware of studies that supposedly illustrate how breastfeeding leads to higher scores on cognitive measures, better academic performance, fewer behavioral problems, etc. Many of these studies are dated and don’t account for extraneous variables. In fact, a recent study conducted at Ohio State University, and published in Social Science & Medicine, found no statistically significant differences on 11 measures of health and intellectual competency between siblings who were breast and bottle fed.

I also think the public is unaware, or forgets about the deleterious effects maternal stress and anxiety have on young children. In my case, my husband and I agreed that formula feeding would be much better for our son (and daughter) than having a mother who was consistently stressed.

In a picture perfect world, all mothers would want to breastfeed, all babies would take to it like pros, and breastfeeding, from day to day, would be feasible.

It just doesn’t work that way, and we need to stop acting like it does.

I know mothers who feel ashamed to leave home with their infants, terrified they’ll have to endure the criticism of others, should they need to formula feed while out.

I know mothers who beat themselves up about not being able to, or not wanting to breastfeed. Probably because of BS like this: 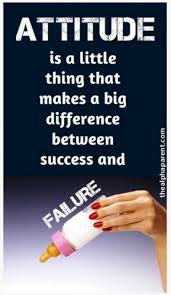 I know mothers who put themselves on extremely restrictive diets, or pumping schedules because they feel like they have to.

If a mother is set on breastfeeding, and chooses to persist in spite of many obstacles, that is her business. I would never try to persuade her to “just give formula a try.”

Mothers need to know that it is PERFECTLY OKAY to formula feed. The reason a mother turns to formula doesn’t matter, and it’s really no one else’s business.

This pressure to breastfeed, in my opinion, has gotten out of hand.

At the end of the day, it’s about nourishing your child.

No woman should feel guilty about feeding HER child.

Before the haters start hating, please know: this post is not meant to deter mothers from breastfeeding.

To my fellow formula feeding mamas, please know that not breastfeeding does NOT make you selfish, lazy, or uneducated. And, if you’ve tried to breastfeed with little/no success, and turned to formula, know that YOU DID NOT FAIL. In many cases, it is the pragmatic thing to do.

Failing would be making no effort to feed your child.

I own my decision to formula feed, and I would love to see more mothers do the same.

And a picture of my bright, happy, healthy son, my little ray of sunshine. Full disclosure: he LOVES his bottle. 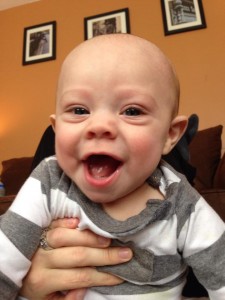