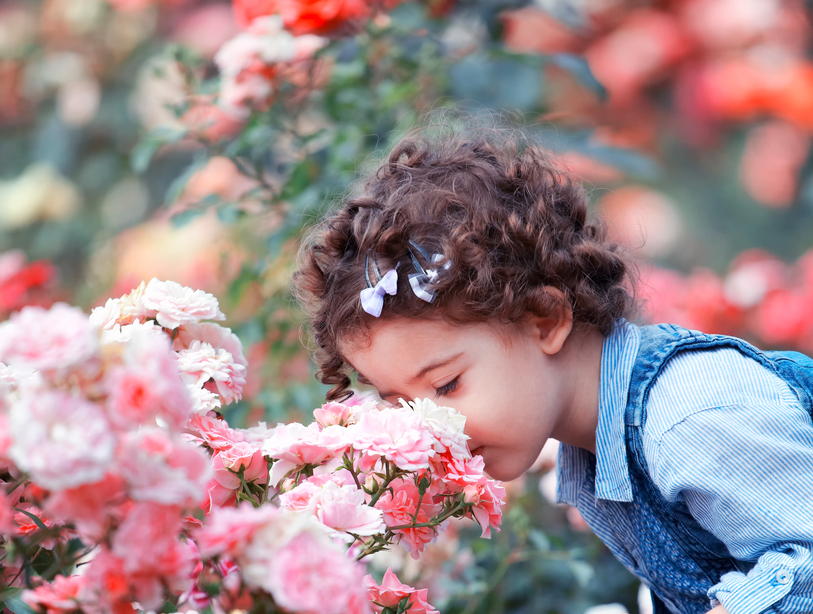 “Stop and smell the roses” – a phrase I have often read in life, but I am certain nobody has ever actually said it to me, and pretty sure I have never said it. As in so many instances, however, Monkey and Tiger are teaching me to see the world in different ways. I will admit to a lot of hurried mornings and rushed bedtimes, but they are teaching me to slow down a bit.

I read one of the short chapters in “100 Simple Secrets of Happy Families” and one of the lines struck me – a daughter asked her mom, “What will happen if you just don’t go in?” The “in” to which she was referring was, of course, the office for a work day. The answer is easy for me – emails and phone calls would go unanswered, my presence might be noted as missing in a meeting or two. The next step is ever easier, though – I can catch up on all of what I miss the next day. I have not called out of work just to spend a day with my children. I am way too much of a planner to be that spontaneous. I do, however, take a morning once a month to take Monkey out for pancakes and I will soon start doing that with Tiger, too. Recently, though, I had my own self-test and I proud to report I passed with flying colors (and a really happy child).

Traffic was particularly abysmal one Thursday morning and I opted for a side street commute to avoid the highway game of bumper cars. We passed the same huge construction site (size of a city block) we do each time we travel this back route, but today. the giant crane. was. moving.

“OOH! Mommy! What is it doing? I want to see what it is going to pick up,” exclaimed Monkey from the back seat.

“Well, Monkey, I don’t know,” I said as I watched a car slide in front of me in order to cross two lanes to turn. “I am sure it is a big pipe or beam or something.”

That “Oh” had a magical tone. Something about it made me slap on my blinker and do a “Uey” at the next light. I drove to a parking lot across the street from the construction site and Monkey and I just sat and watched as cement mixers swirled, excavators dug, and the giant crane moved something that looked like a giant box from point A to point B. After a few minutes, we went about our way, I swung another “Uey,” and we headed to preschool and to work. Monkey went right back to listening to his book on CD. He did not say, “Thank you,” because he did not know what I had given him. I gave him just a few minutes, but it was a few minutes of peace and fun and experience that are so much better than the hurried minutes of our regular commute. Though it was not what he talked about with his friends when we arrived at preschool and it will not be what he mentions about his day over our dinner tonight, the smile I have from watching the wonder in his eyes…well, let’s just say nobody in the meetings I sit through has that look.

Those roses smell so sweet.

3 thoughts on “Stop and Smell the Roses”