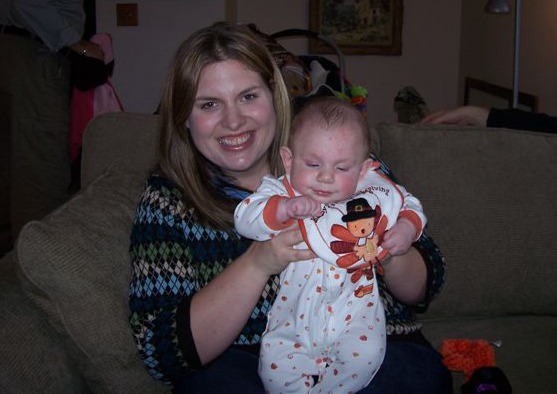 Before I could go back to work, I had to find reliable daycare.

I started my search early. Real early. Probably too early. Almost every place I called told me to call back in a few months to see if they would actually have a spot available in October.

All of sudden, Owen was four weeks old and I still didn’t have a daycare lined up.

I started the daycare search again, this time with a renewed urgency. I needed to find a place, and soon.

However, I felt, for some reason, more comfortable with daycare. For most people, it’s quite the opposite. They like the homey, warm atmosphere of a home-run “daycare”. I liked the facilities because they seem more professional, more capable, more experienced.

Weeks passed and I still hadn’t found someone or someplace to watch Owen. By this time, most daycare facilities didn’t have openings anymore, but the home day operators didn’t know if they’d still have an opening come October. I was starting to get freaked.

Then one day I lucked out. I called The Little Red School House in Fort Wright, Kentucky. The Little Red had been recommended to me before, but only a few of the locations took infants, and the ones that did had a long waiting list. On a whim, I called the Fort Wright location again. The director told me that they actually did have an opening. I told her I’d be right there to check it out. I threw down the phone, jumped in the shower, and was at The Little Red within the hour. 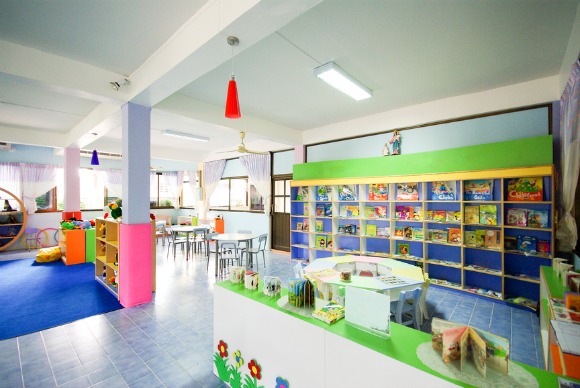 As soon as I walked in the front door, I immediately knew this was where Owen would probably go.

I hadn’t even seen the infant room yet! The director was so incredibly nice, and everyone I ran into on the way to the infant room actually smiled and said hi. A far cry from other daycare facilities I had visited, where sullen workers shuffled around, practically ignoring their surroundings. It was also clean, and separated into different “rooms” like a school. A lot of the daycares I had looked at were one big room separated by partitions and extremely loud. I always wondered how the heck Owen would ever get a nap.

I went in the infant room and was very impressed. All the people who enter the infant room have to take off their shoes or wear shoe covers. The head of the infant room has been at The Little Red for about 12 years, and has been taking care of infants for 17 (although the woman doesn’t look a day older than 30.) Both she and the other caregiver were very open, kind, and knowledgable. They let me watch and answered all my questions–no matter how strange they might have been.

I signed up that day for a spot, and I’ve been happy ever since. That doesn’t mean I don’t spend too much time there in the mornings when I drop Owen off, because I do. I also rush there every evening to pick him up. Sometimes, when I walk into the room in the evening, I get this feeling of panic if I don’t immediately spot Owen. Oftentimes, I hate putting on my shoe covers because I just want to run to Owen and hug and kiss on him.

Even though I try, I don’t think the guilt of leaving Owen will ever vanish.

I feel guilty in myriad ways–I feel guilty for leaving Owen, I feel bad for sometimes leaving a crying baby with The Little Red caregivers, I feel bad for sometimes secretly wanting to go to work and leave my crying baby with someone else to take care of him for a few hours. I know this guilt is irrational and uncalled for, but

I don’t think it will ever completely vanish. I can just be happy that I feel completely comfortable leaving him in capable, caring hands.

7 thoughts on “Choosing a Daycare Situation”