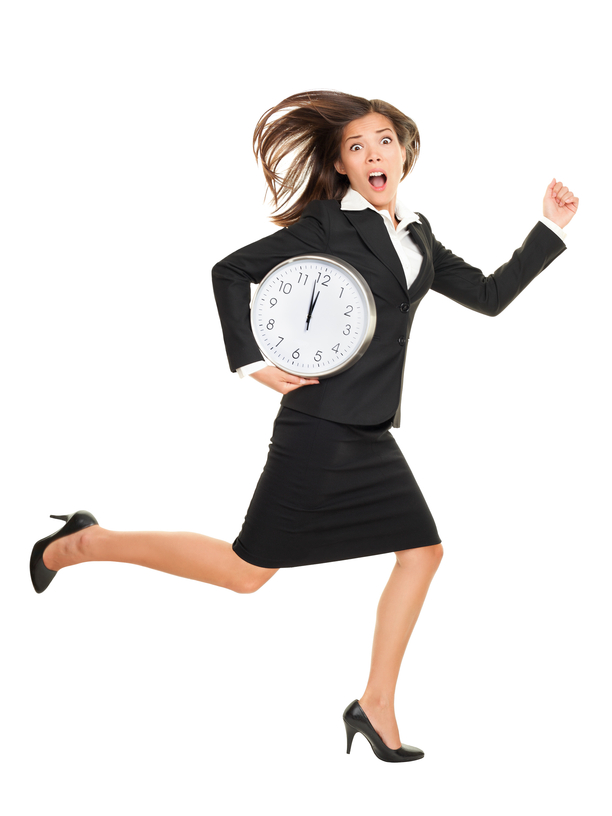 Most every morning as I prepare for work, I’m on my own. J works long hours and is gone to work long before we even get up (and oftentimes home after O is in bed). And while sometimes the evenings are hard, the morning rush is the worst. Trying to get myself ready, O ready, and get out the door all on my own and on time takes a lot of juggling, planning, and sometimes, luck.

But a particular morning this week was a kicker.

For starters, I had an 8:30 meeting, so I knew I couldn’t be late. It usually isn’t a concern if I’m five, ten, even 15 minutes late, as long as I get my work done. But, I can’t be late if I have a meeting. The morning started out OK. I was able to slip past Owen in the morning and actually take a shower and dry my hair halfway before he woke up. Even after he got up, he wasn’t his sometimes-fussy self. I was able to get the both of us ready with relative ease. Except when it came to the morning nursing session. Owen must have been famished, because he hung out for an extra-long time, putting us a little behind schedule.

Finally, he finished up and I could take the milk I had pumped while he was nursing and put it in his last bottle for the day. Since we were running late, and now O was starting to get a little tired, I ushered him into the car seat where he could nap and rushed out the door a little too quickly. In the process I forgot my cell phone. I realized I forgot my cell when I ran into a traffic jam on the way to work. I wanted to call my boss to tell him I’d be late. No can do if I don’t have a cell phone.

I sighed, but figured I’d just get caught up on meeting notes when I got in. Then I felt a familiar rumbling in my stomach, and realized I had forgotten to eat breakfast. Again. I started thinking of possible drive-thru restaurants where I could score some breakfast. All I could come up with were Burger Kings, McDonalds, etc. and I just didn’t feel like a grease-laden breakfast that morning. So I figured I’d just go without and try to score something at work.

I finally got to O’s daycare and dropped him off. Jumped back in the car and remembered there was a little coffeehouse not far from his daycare, and decided I’d stop there for some breakfast. I was really hungry at this point, traffic was backed up everywhere for some reason, and I figured it couldn’t hurt to stop. I got a blueberry scone (delicious) and chai tea (also delic) and hopped back in my car. As I was driving (or stopping) through traffic back to work I started to look for my wallet. I couldn’t find it. I started to panic. Did I leave it at the coffeehouse? I turned around and went back to check for it.

As I walked in, a man I had noticed smoking a cigarette out front earlier was now inside the coffeehouse and told me they had my wallet. I breathed a sigh of relief and thanked him. Then I proceeded to wait six eons for some lady to decide on her order. I hopped from one foot to another, anxious to know if it was really my wallet they had found. Finally, the lady stepped away and I rushed the counter. “You have my wallet,” I said, to the lady at the counter. Both hopeful, pleading, and questioning all at the same time. She was like “Yeah, we do!” And she handed it over. Forever grateful, I thanked her, grabbed the wallet and ran out the front door. As I left, I extended a pleasant nod toward the man who originally told me they had found my wallet.

I jumped in my car and pulled away before I even figured to look inside. I realized then that whoever had turned my wallet in had taken the liberty of cleaning out all my cash. No credit cards were touched, and they didn’t steal my checks. I breathed a sigh of releif for the small things, but I was still mad as all get-out. I usually don’t carry cash, but that morning I had a decent amount in my wallet. Oh well, what could I do?

I continued my drive to work, thinking maybe, just maybe I could make it for some of my 8:30 meeting. As I drove in, I spilled tea all over my pants. At this point, I seriously wanted to cry, but I held it all together. I parked my car, walked the two blocks to work, rode the elevator up to our floor and ran into the office to prepare for the meeting.

Only to find out it was cancelled.

10 thoughts on “The Meeting: A Working Mom’s Mad Morning Rush”