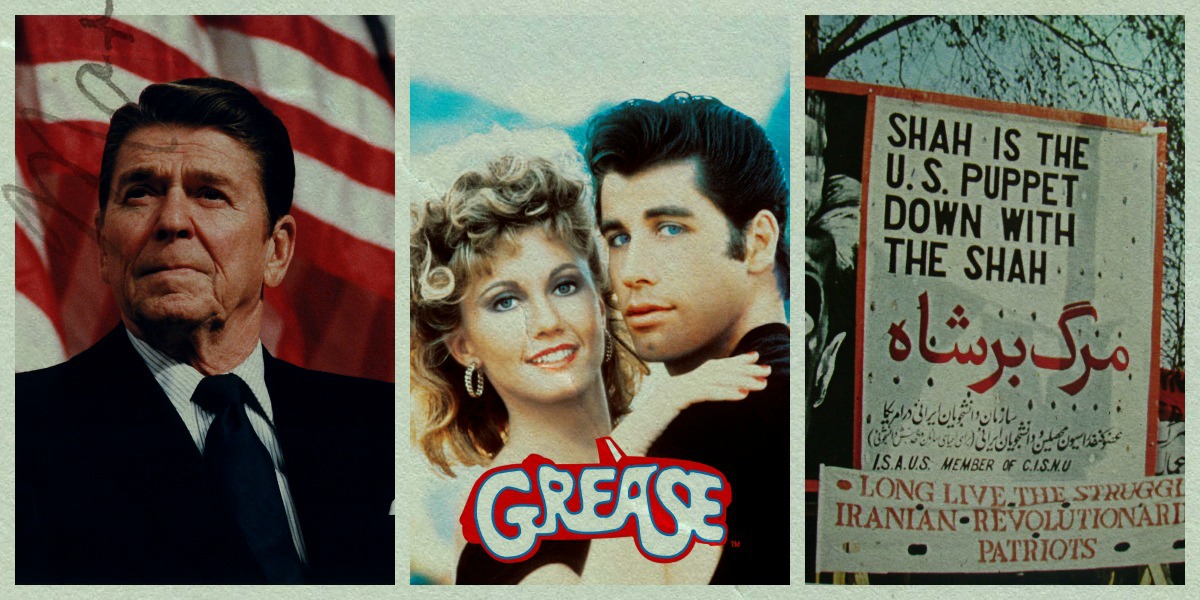 This post is excerpted with permission from a recently published memoir, The Sky Detective, in which working mom Azadeh Tabazadeh recounts her journey of growing up in Iran and fleeing to America. Her first-hand account of life in the Middle East provides a unique insight into political crises in foreign countries and seeks to give inspiration to young women looking to enter male dominated fields of study. 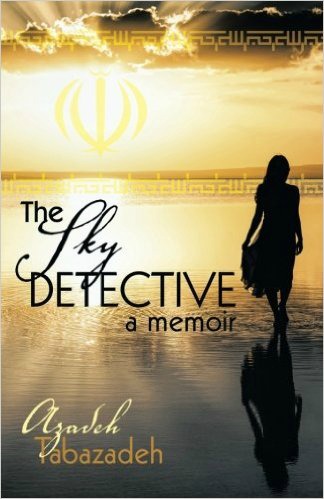 Fall turns into winter, snow covers every inch of the ground, and far away in America, President Carter loses his seat to Ronald Reagan, a B-grade movie actor turned politician in Hollywood, California. He may not be a superstar by Hollywood standards, but minutes after his inauguration, the hostages are released and are on their way back to America. It’s hard to believe that nearly fifteen months have passed since they were ambushed inside the American embassy in Tehran.

Just about anything and everything American movies have to offer is magical, be it on or off the screen. A retired B-grade movie actor has just performed a miracle in real life, while his predecessor failed even with a full-blown secret military operation backing him up. Baba says this new president is good news for Iran. I don’t understand why most Iranian men believe a Republican president is always better for us than his Democratic counterpart. Maybe Baba and his friends are right this time. Maybe this movie actor can perform another miracle and rid Iran of this ruthless ayatollah. Only then could we once again watch movies on the silver screen as we used to when the shah ruled Iran.

Nowadays, we still watch movies, but only on the small screen and in secret at someone’s house. Movies like Saturday Night Fever, Going Steady, Over the Edge, Thank God It’s Friday, and Grease are just a few favorites that my friends and I have watched many times. I don’t know how our parents get hold of black market movies, but every upscale household seems to have a collection of hip American films in stock.

If Iran were like America, I think I would go steady with Hamid, one of my brother’s friends. He has a pretty large nose, but overall, he’s tall, dark, and handsome. We are like Sandy and Danny in Grease. While many girls like the bad-boy greaser Danny, he’s only into nerdy-looking Sandy. I’m kind of like Sandy, looking nerdy most of the time, but when I let my hair down, take my glasses off, and wear something nice, most guys notice me in a crowd. I wish I could dress up and go out on a date with Hamid; at least once would be nice. What’s wrong with Hamid and his friends and me and my friends dancing wildly on the streets like Sandy, Danny, and their friends in Grease?

But we can’t have fun like that on the streets of Tehran, because they’re owned by the ayatollah, and he considers dancing a crime. Thirty-five lashes is the minimum punishment I’ll get if I’m caught dancing with a man who’s not yet my husband. I have no intention of breaking this law, but it makes me sick to think that we have a law that prevents us from moving our body parts when we hear pleasant, rhythmic sounds. Even an infant dances to music well before she’s ready to walk or talk. Dancing is a natural instinct, a gift from God. The ayatollah has once again got it all wrong. God has no problem seeing us dance and have a good time. It’s only he and his disciples who think otherwise, depriving us from exercising our God-gifted rights.

On most nights, to escape from it all, a group of us gets together at someone’s house to watch movies and go crazy wild. We often practice the dance scenes played in films to perfection as we giggle and make fun of the ayatollah, Khanoom Khorshide, or any other idiot we can think of. I tend to always be cast as John Travolta, because I’m the tallest one in our bunch and can toss the others over my shoulders and in between my legs without falling flat on my face too many times.

Some nights, as we watch movies late into the night, sirens sound, electricity shuts off, and bombs begin to fall on Tehran. All the commotion brings us back from the dreamy land of movies to our homeland, where being happy is considered a crime.

“Wipe that smile off your face!” my principal shouted at me once. “How could you smile like that when your brothers are dying in the war?”

What my principal doesn’t know is that I weep almost every day when I see young men on the streets of Tehran with missing parts: limbs torn off, eyes gouged, faces burned and disfigured. The truth is that I do care for my brothers a whole lot, but I don’t give a damn if my principal and the ayatollah think otherwise.

One night, in our dark, damp basement, hours pass as I huddle together with a bunch of friends and family, listening to music out of a boom box, waiting for the lights to come back on. When the chitchat quiets down, I keep staring at the candle burning out, thinking that I know why it’s blue at the core and yellow all around. It’s all chemistry. It’s all about how matter interacts with light.

Sometimes I think I’m weird to think for hours and hours about why nature looks the way it does. I bet no one in this basement knows that the sky is blue because of how air molecules interact with sunlight. Nitrogen and oxygen molecules in the air are capable of scattering more of the blue and less of the remaining colors that are coming at us from the sun. In a way, an air molecule can act almost like a tiny prism, bending and separating the blue from the rest of the colors in sunlight. I wonder what else is in the air that makes a rainbow stand out in the sky. It has to be something that acts just like a prism, something that can equally bend and separate all the colors that, when combined, make up the white, bright sunlight.

Once again, my mind gets stuck on esoteric topics to avoid thinking of real life: my bleak future in Iran. Would it be so bad if a deadly bomb finds its way to where I’m hiding now? Isn’t dying in an instant a better option than living in fear of dying night after night with no end in sight? I bet someone else in this basement is thinking the same crazy thoughts, not the ones about the color of the flame or the color of the sky—those I know are exclusively mine—but the more serious thoughts. 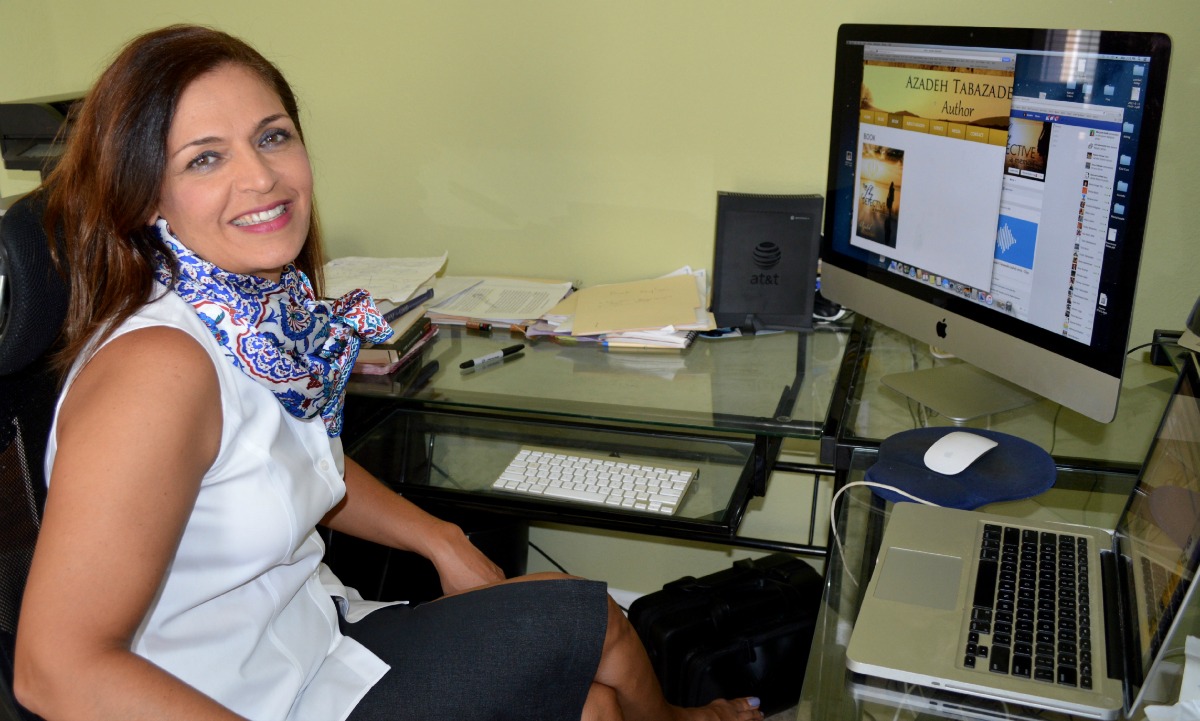 Azadeh Tabazadeh is an author and environmental consultant. She earned a doctorate in chemistry from UCLA. Throughout the course of her career, she has published more than 60 academic articles and her work has been featured in numerous national publications. In addition, she has received recognition from NASA, the American Geophysical Union, the American Meteorological Society, and the White House for her contributions to science. She has three children and lives in Mountain View, California.