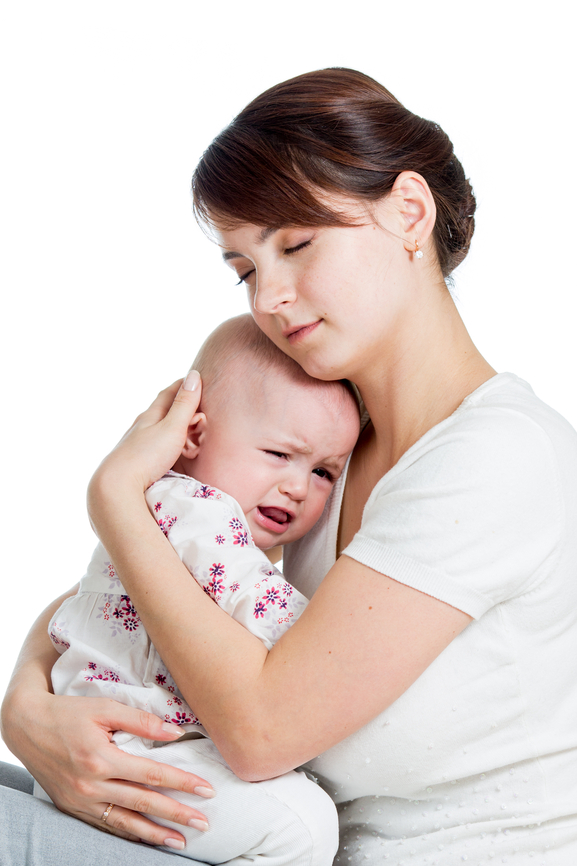 About a month and a half before I went back to work, I started fretting about being a working mom and newborn sleep (or lack thereof).

I need my sleep. I can turn into a real crankster without it.

About two weeks before I was to go back to work, Owen had cut down his night feedings to just one a night, and sometimes he slept the whole night through. I was elated! Maybe going back to work wouldn’t be so hard after all. I wouldn’t have to be a sleepy-eyed zombie bumbling about my day, unable to come up with brilliant ideas and snapping at coworkers and friends.

Working moms know we need our sleep. When I told them he was waking up once or sleeping through the night, they were impressed—some maybe even jealous.

Then all hell broke loose.

Some nights he woke up so many times I couldn’t even keep track.

I’ve spent many a nights in my glider, with my feet propped up on an overturned laundry basket, since I broke the glider’s matching ottoman. I started drinking caffeine again—a noontime can of Diet Coke—since I couldn’t get through the day without it, and it didn’t seem to bother O. There were some days I tried to see if I could take a quick nap while pumping. It didn’t work. If I started to doze, my arms would relax and I’d lose suction. Not good.

Now Owen is back to waking up just about twice a night. Sometimes he goes back to bed right after being nursed, sometimes it isn’t so easy.

I’m working through it. I try to tell myself that I’m getting used to the lack of sleep, and I really think I am. I usually put O to bed around 7 or so, eat dinner (which my loving partner usually makes. Yay male cooks!), prepare his bottles for daycare the next day, watch a little TV, and then head to bed.

This puts my bedtime around 9 p.m. or so. If there is a particular show I want to watch, sometimes I’ll push myself to stay up later, but usually I end up falling asleep in front of the TV.

I’m OK with my new schedule.

Sometimes, because I go to bed so early, a load of laundry doesn’t get finished or the dinner dishes hang out in the sink. I don’t feel guilty.

Because a pile of dirty dishes or a half-finished load of laundry is a much better alternative to a Tela without a decent night’s sleep.

10 thoughts on “The Working Mom and Newborn Sleep”