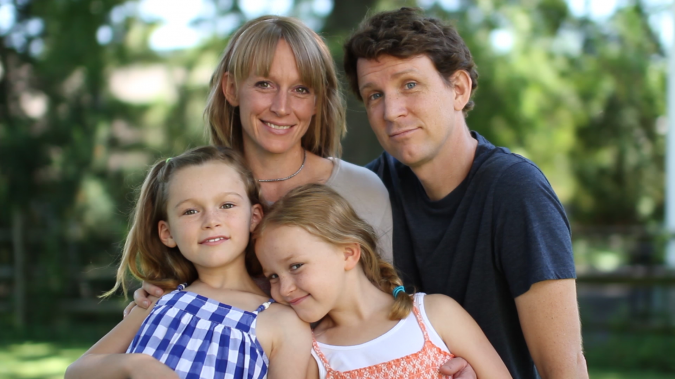 I love it when a family creates something cool together. My family doesn’t do nearly enough of this, because we’re all too “busy” doing “things” so much of the time. Once in a while, we make something, like this fused glass workshop Cassie and I did together earlier this year.

When I saw this video promoting a new mobile app, I was totally inspired to get cracking on my family’s creativity front. I think you will, too:

Back in the day, Jon Alexander (the dad featured in this video) and I worked together at an ad agency. I didn’t know him well, but I knew he was uber creative, a little goofy and an all-around cool guy. Clearly, he passed these genes on to his kids.

I mean, they turned his daughter Kalley’s drawing into a super-fun interactive story app, Kalley’s Machine Plus Cats. Which got featured yesterday as one of the Best New Apps in the App Store!

Here’s the backstory (which I liked almost as much as the app itself):

It all started with a seemingly random drawing by the Alexanders’ youngest daughter when she was only 4.

This drawing was special—Kalley brought it with her everywhere the family went. She even slept with it next to her. So finally, Jon Alexander sat his daughter down and asked her what the drawing was all about.  “It’s a machine!” she said. If he would simply build it, the machine would make food, she said, so they wouldn’t need money and he wouldn’t have to leave home every day to go to work. He could stay home and be with her.

“I ached inside,” says Jon. “I was touched by Kalley’s simple desire for our family to be together.” 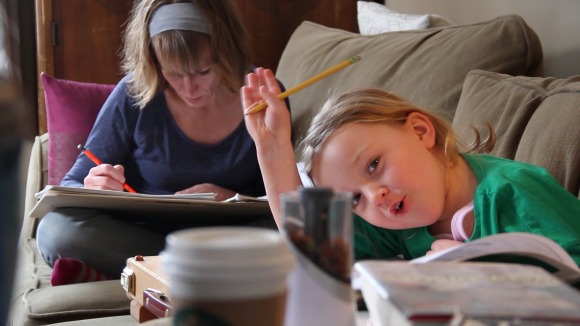 “The drawing also played into a larger conversation my wife and I were having about our lifestyle,” says Jon. “Between my job, school and the scheduled activities, our lives were becoming increasingly fragmented, and we didn’t like what we were becoming.”

So Jon looked harder at Kalley’s drawing. He had a background in video game development and saw the potential for this weird machine to be a fun kids’ app. He told Kalley he couldn’t build her machine in real life, but he might be able to build it as an interactive story. And if the app was successful, perhaps he could stay home and the family could build apps together.

Jon started working on the app in his spare time, and the Alexanders kept talking about what they wanted for their family. Out of those conversations, they created the idea for RocketWagon, the Alexanders’ family app development company.

“Mostly, we wanted RocketWagon to bring us together,” says Jon. “I realized that I had great relationships with my clients because we created cool stuff together, fought hard deadlines and pulled all-nighters together. I wanted that with my wife and kids.” 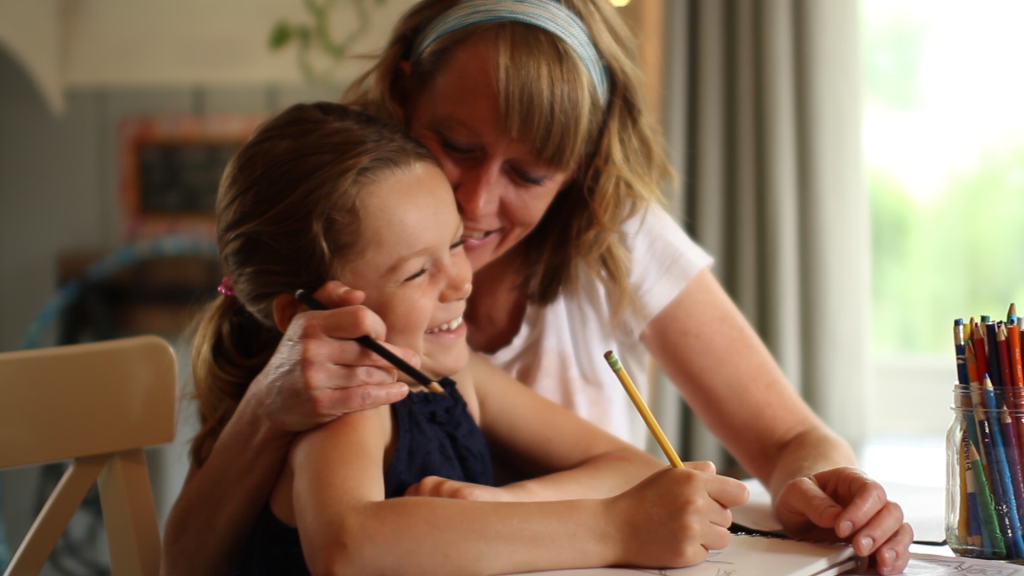 But it was also about developing the family’s talent and training the girls to use modern storytelling tools. “We wanted them to be confident in their ability to create things,” says Jon. “So we spent extra time re-working artwork and learning the basics of digital production.”

The Alexanders also said they were struck by the importance of good stories. “Storytellers create the lenses through which a culture sees itself,” says Jon. “As parents of young girls, we were really motivated to tell stories that we need to hear. Right now, Kalley’s Machine is the story our family needs to hear.”

So finally, after two years of Saturday drawing sessions and coding on the off-days, Kalley’s Machine has arrived in the App Store. And the reception couldn’t be better. 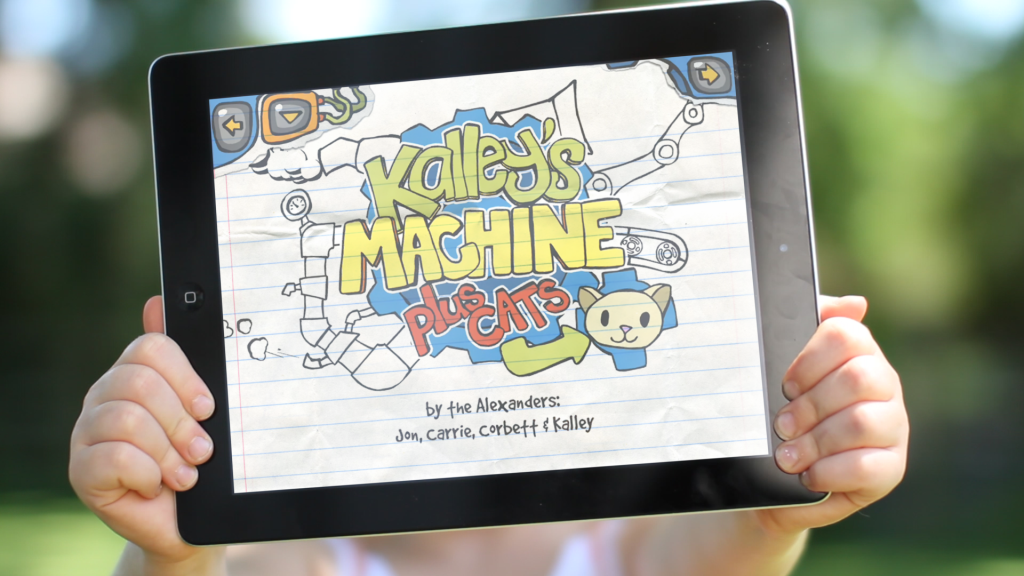 “We feel really honored by how Apple has promoted our app,” says Jon. “I mean, they see new kids apps every day, and they still think ours is great. It’s huge for our kids to see that.”

But Jon says he recognizes it’s not about the destination as much as the journey. “The most important thing,” he says, “is we did it together.”

After downloading the app yesterday, I played with it myself and really appreciated the delightful illustration/animation, sounds and gadgets, and sheer fun of engaging with the story. Then this morning, I watched my kids give it a whirl. They loved it. 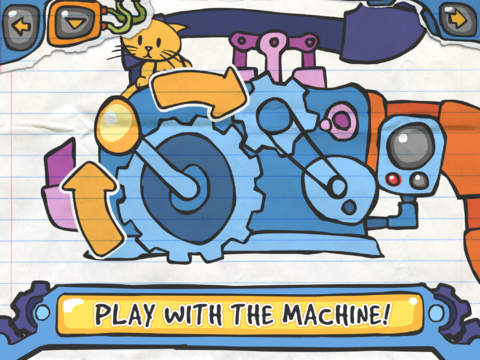 I have a feeling Jon, his wife Carrie, and their daughters will need to get cranking soon on more cool stories and apps like Kalley’s Machine Plus Cats. “We would love to be successful enough with Kalley’s Machine so that Jon could stop freelancing to work on our next family project,” Carrie says. “In our dreams, we use our Madeira home as our base, and spend most of our time traveling while we make stuff together.”

Sounds like a dream well worth pursuing to me.

2 thoughts on “The Ultimate Family Project”