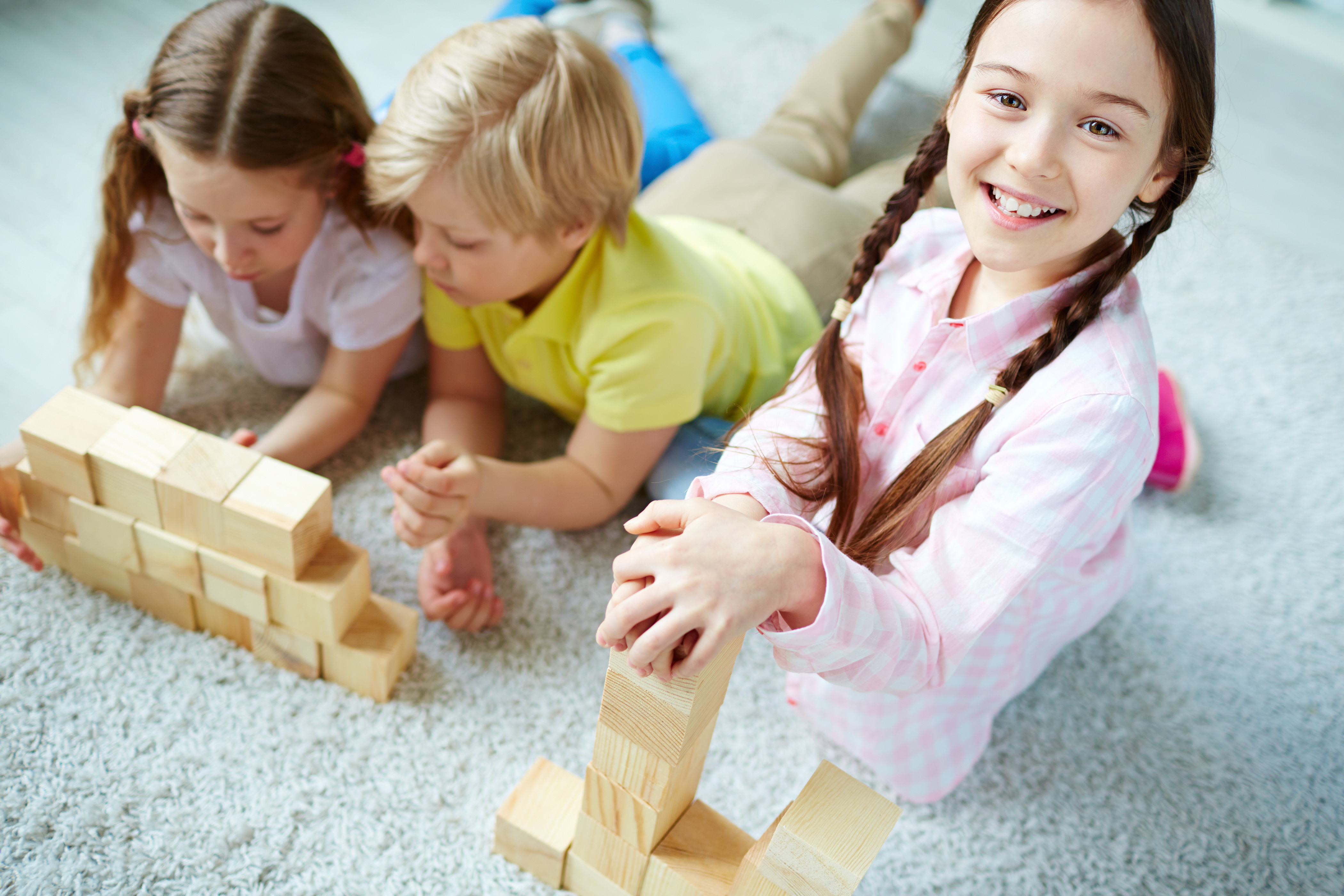 Childcare is one of the biggest expenses for working moms. One perk of having school-age kids is knowing they’re in a safe, supervised — and, for most of us, free — environment several hours each day.

But after-school and summers can still be tricky. For the past several years, I’ve hired a summer nanny to care for my girls. And after-school time has been a mish-mosh of trading favors with other moms who have complementary schedules. But some moms don’t have the flexibility or support system I enjoy. And for some, child care expenses eat up enough of the family budget to make affording other necessities tough.

So, when is my child old enough to babysit her younger sibling?

It’s on my mind because I’m starting to think maybe I won’t need that expensive summer nanny this year. My oldest daughter is 11-and-a-half, which she will tell you is more than old enough to babysit. When summer rolls around, she will be 12 and on her way to junior high. I already leave her in charge when I go pick up a pizza or grab something at the neighborhood Walgreens.

I’m starting to think she and her 6-year-old sister are ready for a little more home-alone responsibility. So I’m dipping my foot into the water and thought I’d share our experiences so far.

The first place I looked to gauge an appropriate home-alone age was my local and state laws. A quick Google search yields a ton of information. Some states do have statutes and guidelines, so do your research.

But what most of the information boils down to is … it’s subjective. Check out this article, one of many good ones I’ve found on when it’s legally OK to leave children home alone. Basically, you need to ask the following:

I also looked at when the Red Cross starts offering babysitting classes. I thought I remembered starting them myself at at age 11, and I was correct. We’ll be signing my oldest up for those come spring.

Of course, if some busybody wants to make a fuss about the fact that your kids are home alone, you could still wind up in trouble. The news is full of stories about moms getting arrested for letting their children play alone in a park while they worked a shift across the street, or even simply allowing their kids to play outside by themselves in the neighborhood while the parents were home. I’m not going to rail against the unfairness of the former and the absurdity of the latter here, but let’s just say I think most parents these days are aware that they’re taking a chance no matter what they do.

I think my neighbors are reasonable people. And I believe my kids are responsible enough. So I’m forging ahead. Here’s what we’ve done so far. 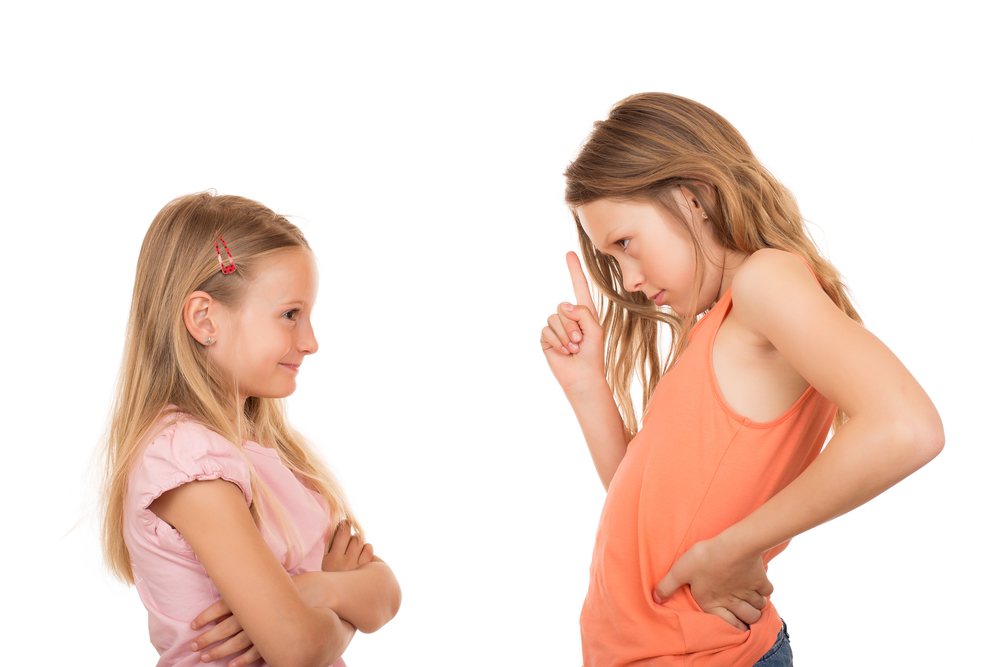 This is where we started. Days when meetings or projects keep me at work until dinnertime, I’ve had the girls take the bus home, then do homework until I return.

So far, so good. Although I still worry how they’re doing, which feels weird because I was a literal latch-key kid. As young as second grade, I wore a key around my neck, walked home from school, and then hung out there with my little sister until my mom came home from her teaching job.

Granted, she got home around 4 p.m., so we were probably only by ourselves for an hour at the most. And yes, it was a small town in Kansas. Times were different. But still. Second grade. Key around neck. Little sister in the mix. And we all turned out fine (though Sis and I did get into some impressive bickering matches without Mom around to shut that ish down).

A few months ago, we went out with friends whose kids aren’t that much older than ours. Their kids were home by themselves. I had a hard time wrapping my brain around that, until I paid our sitter $50. Of course I’d never put money above the safety of my children, but I did think about how great it would be not to have to pay someone the price of dinner just to be able to go out with my husband.

Fast forward to last week, when we had a Tuesday evening commitment and none of our regular sitters were free. Dinner reservations were for 6:30. We were certain to be home no later than 9. I made the decision to give my oldest her first evening babysitting gig.

We laid down strict rules. No going outside. No opening the door, to anyone. No cooking or anything involving the oven or stove. Keep the phone charged. And then … we left. We had a wonderful dinner with our real estate agent and the gentleman who’s selling us his house. My daughter called once to ask a question. She helped her sister with her homework. She bathed her. And when we walked in the door, they were reading a bedtime story. I was so proud!

Now, let me be clear. By no means do I think an 11-year-old and 6-year-old should be left home alone late at night. If we’re going out past 9, we still hire a sitter. I’m not sure when I’ll feel comfortable letting my oldest babysit into the wee hours. Thirteen seems like the age to start considering that. But for early outings, she’s shown us she can handle it. And her sister has shown that she can behave and obey, which displays a lot of responsibility, too. 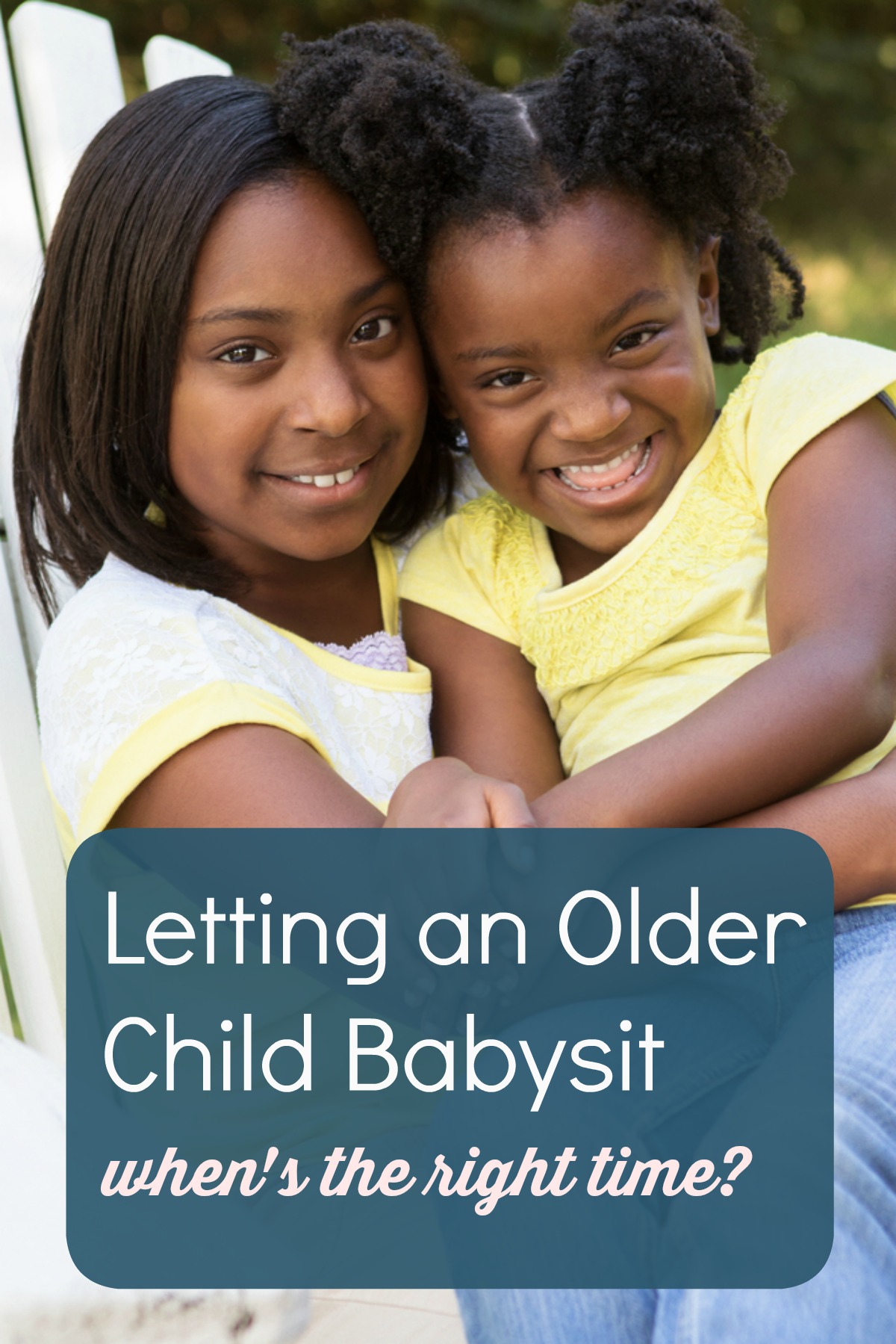 All of this is leading up to the summer. I’m fortunate that I’m able to work from home much of the time, but my schedule can be hard-core, with lots of big projects to juggle. I need several hours of uninterrupted work time.

Rather than hire a nanny, I’m thinking my oldest can take on that role. She’ll need to get breakfast and lunch for her sister. Help keep her sister entertained and out of trouble. Handle any minor emergencies. Basically, she’ll be in charge. And for this, she will get paid. To her, the sum we’re discussing seems astronomical (and she’s already spent it all in her head). But it’s less than half of what I’d pay a nanny, which is a big deal since we’ll have a bigger mortgage.

I’m still not sure how to handle things like the swim club. I don’t think she should be responsible for a younger child in the water, so I may bring in a high school-aged kid for a couple of afternoons here and there. And I do realize that I’m fortunate in my work arrangement. If I had to be gone every day from 8 a.m. to 6 p.m., I would probably wait until both girls are older to leave them without a sitter.

But that’s the gist of what I’ve learned on this new journey in working parenthood: These decisions should be based on your individual situation, your own children, and your own level of comfort and resources. Have you started letting an older child care for siblings while you work? If so, I’d love to hear your story!

4 thoughts on “When Is My Child Old Enough to Babysit?”