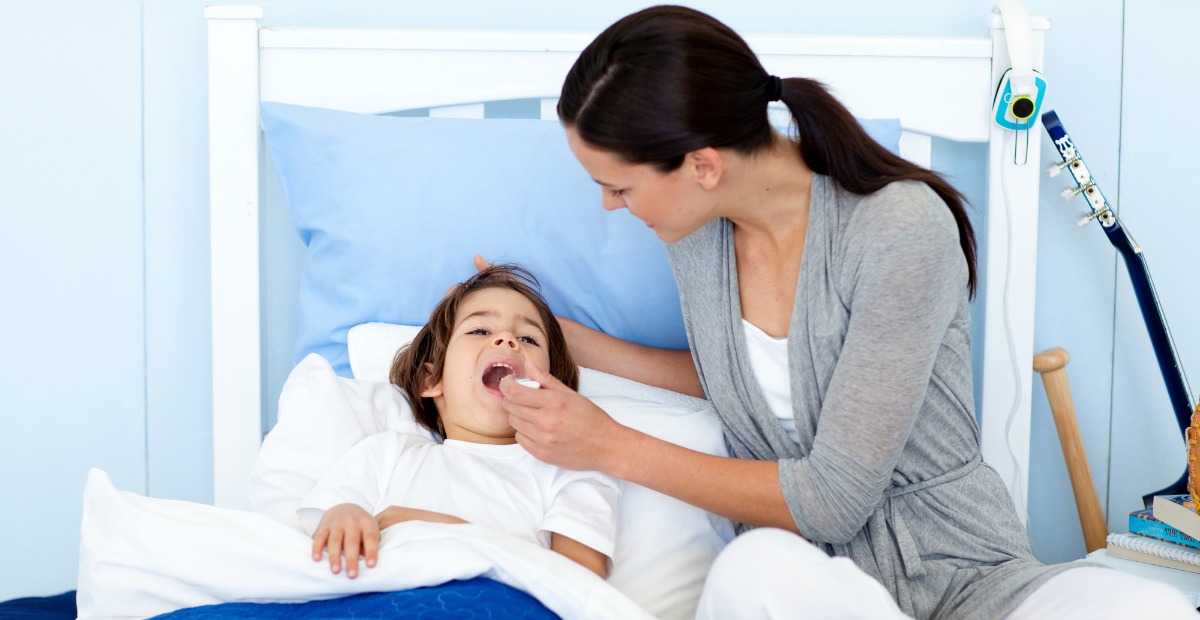 A couple of weeks ago, I went through a common parenting challenge: Dr. Mom’s dilemma. You know—the battle of deciding what to do when your child gets sick.

I’ve been to the doctor dozens of times. Usually, I left with no prescriptions and a reassurance that things would be fine in a few days. A few appointments have led to antibiotics and referrals. But it’s not knowing which type of appointment this will be where my conflict begins.

Diagnosing the symptoms when your child gets sick

My daughter started showing symptoms for a urinary tract infection. She felt the need to go the bathroom frequently, felt some discomfort, and sometimes had no need by the time she got to the bathroom. This was the first time any of my kids experienced a UTI. I began looking online for remedies and recommendations.

(I no longer default to going to the doctor, because after countless visits, the two outcomes were antibiotics or a recommendation to wait it out. Plus, doing my own research and getting alternative natural remedies have proved to be more useful to me.)

Unfortunately, I always doubt my research. And so does my husband. He’s more of the go-straight-to-the-doctor type. “At least,” he says, “for the sake of getting peace of mind.”

A natural UTI remedy I found called for baking soda mixed in water, probiotics, and tea tree oil, all of which I have at home. Out of desperation, I also added what I knew my mom would suggest: a heating pad. The first remedy for any infection back in Tajikistan is heat. (At times, I doubt a lot of things we used to do in Tajikistan because there’s no explanation to why we do them. But sometimes I get hard up enough to give one of those remedies a try.)

The second day passed with a feeding of a probiotics powder once and baking soda in water a few times.

The third day, my daughter said her stomach was hurting. I began to get worried and did further research. Another possible remedy I discovered, D-mannose, can naturally be found in cranberry juice (which is why it’s so often suggested to help with UTIs).

But cranberry juice comes with a lot of other things, including sugar. Instead, I decided to buy some D-mannose powder from our local natural store. I told the consultant it was for my 5-year-old daughter. She looked a little worried and told me last time she got a UTI, it only took two days for it to spread to her kidney.

At this point, I graduate from worried to pretty nervous. Guilt kicked in for not taking my daughter to the doctor right away. I decided to pass on the D-mannose and immediately called the doctor to make an appointment. I was so grateful our pediatrician’s office is open on Saturday mornings.

I also texted my girlfriend, a pediatric RN, asking if this is something I should really be nervous about. She texted me back, saying I should go to the doctor just to make sure.

The next call went to my mom. She, of course, prescribed the heating pad treatment (no surprise there) and plenty of fluids to flush out the bacteria.

I decided to leave my two other kids at her house while I took this one to the doctor. (I didn’t think it would be appropriate to have the other two around in case they checked her bottom. Also note, my husband was at work and I usually take all three to the doctor even if only one is sick.)

As I began to prepare her clothes, my daughter said she was feeling much better—just a few hours after she complained about her stomach pain. She said she only had to go to the bathroom two times the night before and was able to get everything out. At this point, I’m thinking I don’t need to take her to the doctor, she’s been active as usual, and it could have been the baking soda that upset her stomach.

I decided to ask my mom to stop by my house before she went to work so I could go the natural store quickly and get the D-mannose powder. I’m glad she lives so close to us. She agreed. Right when she came over, my husband called and got upset with me for not taking our daughter to the doctor. “If you don’t want to do it, please do it for me,” he says. “Really? You’re going to believe what a 5-year-old says?” Confusion overwhelmed me.

Throughout this whole experience, I believed the natural remedies were going to work, but doubt and potential guilt interfered with my instinct. I called the doctor’s office and asked to talk to the nurse. I described all the symptoms and explained that my daughter was feeling better. The nurse told me to watch her symptoms until Monday, and if she had a fever, to take my daughter to the urgent care. Finally, a legitimate validation!

I went back to the natural store and got the D-mannose. I started giving her one packet of probiotics and a scoop of D-mannose every 2.5 hours.

You often hear the saying “Go with your gut,” but the gut is deep and the channels that route to it are clogged with emotions, feelings of doubt, with people’s opinions and their doubts, along with fear of negative outcomes. Taking risks becomes dramatically more difficult when children are involved.

Experience may help in many cases, but even then fear can be overwhelming. The journey of raising children involves repetitive hills as well as random terrains. You’re just never prepared when your child gets sick, no matter how experienced you are as a parent or how old your children are.

As for my daughter, she was just fine by Monday morning after 10 scoops of D-mannose and three packets of probiotics powder. We managed to avoid antibiotics once again. Score one for mother’s intuition! 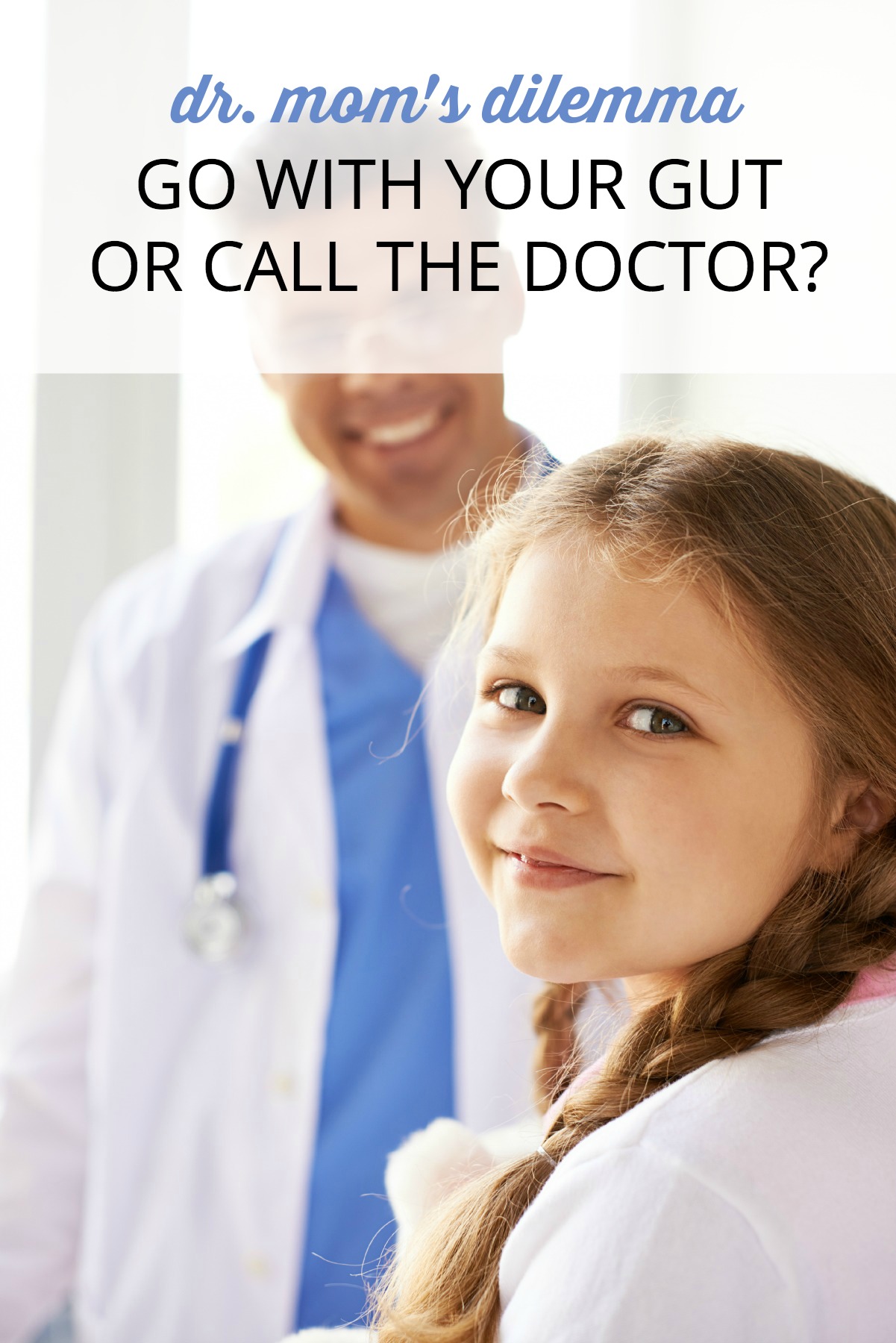 2 thoughts on “Dr. Mom’s Dilemma: When Your Child Gets Sick”